Skip to content
Home » Entertainment » What is Storage Wars star Casey Nezhoda net worth in 2018? 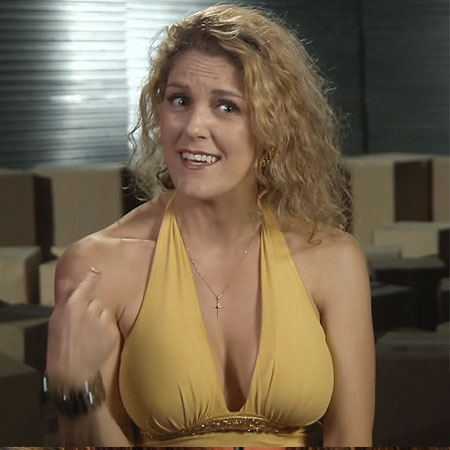 Casey Nezhoda is an American reality star and entrepreneur, famous for her appearance on the A&E reality series, Storage Wars.

Born on September 6, 1974, Casey was a cheerleader during her high school days and even worked as a babysitter for a while.

Casey is married to ‘Storage Wars’ cast, Rene Nezhoda. He is known for his distinct German accent and inclusive understanding of second-hand sales.

Storage Wars’ production crew were trying to get Rene and Casey on the show since its kick-off in 2010.

However, Casey first showed up on ‘Storage Wars’ as a recurring member along with her husband only in the 4th season.

The couple ultimately joined the show in the 5th season. These two do not back down and would battle with other main buyers to find great money-making deals.

Besides, they run the 7,000 square feet Bargain Hunters Thrift Store in Poway, California.

The store maintains a large stock of collectibles and antiques. The show has given even wider exposure to potential clients.

She has an estimated net worth of $1.5 million, which she accumulated mostly through her business and appearances on Storage Wars.