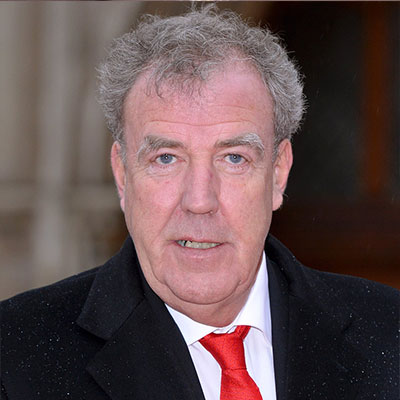 Jeremy Clarkson and Tesla’s relationship dates back to 2008 when he reviewed the car manufacturer’s first car, Tesla Roadster in the show, Top Gear.

He was really critical of the car which led Tesla’s CEO Elon Musk to call the show, “completely phony.”

As Jeremy admired the acceleration of the car as it sped off 0 to 60 in 3.9 seconds, he forgave its clumsy handling.

However, things went sour after the Tesla ran out of juice after 55 miles and needed 16 hours to recharge and broke down.

The host then claimed that the car did not look as good as it looked on the paper.

But it was 2008 and Tesla’s first car. The California car makers have come a long way with 3 more models.

Jeremy and Tesla are meeting once again in his new show, The Grand Tour.

He will be reviewing the Tesla Model X in his new Amazon Original series.

The Model X has even improved range of 295 miles, better performance, and handling.

So, will this new review mend the relationship between Tesla and Jeremy or will it drift them further apart?