Who is Fast N’ Loud star Jeremy Cheatham married to? 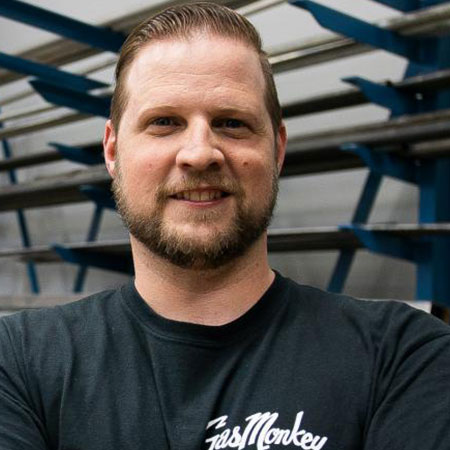 Jeremy Cheatham is a mechanic of Richard Rawlings’ shop, Gas Monkey Garage, and the star of ‘Fast N’ Loud.’

He was born in Keller, Fort Worth, Texas, and attended Keller High School.

He joined Gas Monkey Garage in 2014 and has been working in suspension and fabrication ever since.

He has been working on cars since 1998 in his hometown and had owned three shops in the past.

Also a truck guy, he had worked with Aaron Kaufman, a former employee of GMG, in a project in 2004.

He had known Rawlings through Aaron for years before joining the shop, and when GMG was in need, Aaron referred him there.

He has been appearing on the reality show, Fast N’ Loud, as a part the GMG team.

He has been married to a beautiful lady, Sabrina Gates Cheatham, since June 3, 2000, and raises four children with her.

Fun Fact: Even though he is one of the youngest in GMG, he is the only grandpa working there.