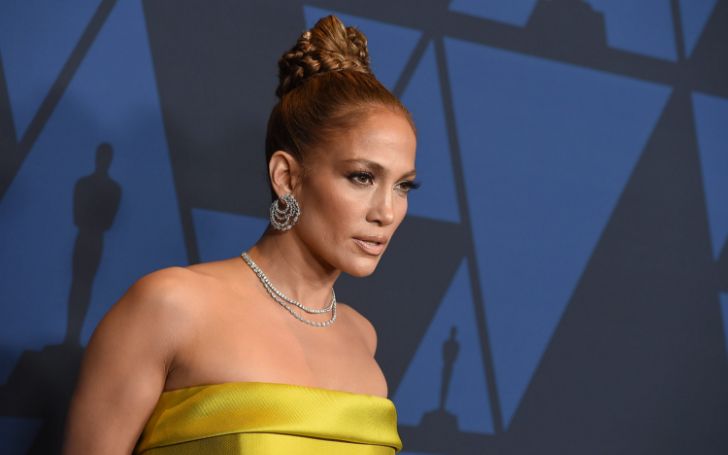 Jennifer Lopez shared pictures of herself working on the weekend. But her $1.8 million diamond ring after getting engaged with on-again, off-again boyfriend Alex Rodriguez was notably absent.

The photos showed the 51-year-old actress posing and snapping pictures on a staircase, presumably on the set of her latest film, “Shotgun Wedding,” which is currently shooting in the Dominican Republic.

She captioned the images,

Keep calm and work on the weekend ✨ #ShotgunWedding #ProducerLife #SetLife

The actress/singer decked out in bling, including a massive rock on her right side. But, there was no sign of her gemstone-cut diamond accessory. Jennifer Lopez also didn’t seem to be wearing the gigantic piece of jewelry in pictures from her latest InStyle Magazine feature article.

The report included complimentary quotes from her former husband Marc Anthony and ex-fiancé Ben Affleck, but none from the retired Yankees slugger. In March, lots of tabloids claimed the duo had split up and called quits to their engagement.

A source, however, later stated they were attempting to reconnect and have been working together to repair their bond. Since the minor split, 45-year-old Rodriguez has traveled to the Dominican Republic many times to see Lopez performing on set.