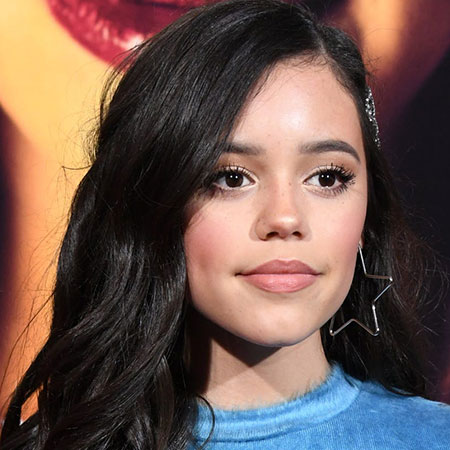 She is best known for portraying Harley Diaz in Disney’s ‘Stuck in the Middle.’

Apart from that, she caught attention for her roles in ‘Jane the Virgin’ and ‘Richie Rich.’

With her growing popularity, fans have been wondering about the 15-years-old actress’s love life.

She has been in the limelight in recent days after the release of Jacob Sartorius’s music video, Chapstick.

There’s not just one reason due to which fans have started shipping them.

They started sharing one another’s pictures on the social media few days before ‘Chapstick’ was released on October 7.

Jacob tweeted on September 19, announcing to fans that he had a crush.

Just days later, he shared a cuddly photo of him and Jenna, and fans wondered whether they’re an item.

Jenna also uploaded a selfie of the two with the caption, NYC, and a heart emoji on September 23.

Their Instagram posts are flooded with fans’ question about their relationship status.

But they haven’t responded to fans’ comments.

Jenna was once shipped with Isaak Presley, her on-screen brother on ‘Stuck in the Middle.’

Both of them regularly posts photos on social media addressing one another as ‘best friends.’

Their adorable hangout sessions, including sharing a milkshake to going to a movie and visiting the pumpkin patch, led fans to think they are dating in real life.

Jenna and Isaak announced the renewal of ‘Stuck in the Middle’ to season 3 via Instagram.