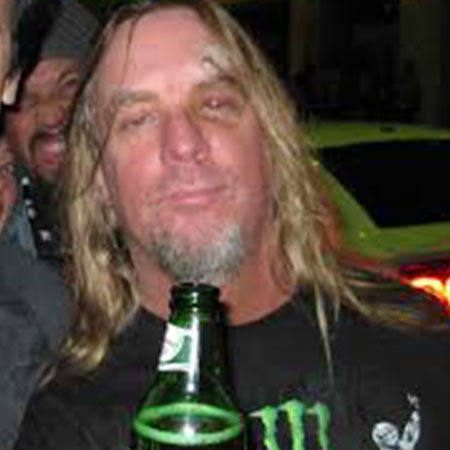 It has been nearly five years since Jeff Hanneman left this world, but the punk rock aficionado is still alive in the hearts of millions.

Hanneman was best known as the founding member of the American thrash metal band, Slayer.

He contributed both lyrical and musical material to almost every song of the albums released by the band.

Hanneman had his own signature guitar, the ESP Jeff Hanneman Signature model.

He was known for bringing ‘punk influence’ to the Slayer’s music. He cited The Black Flag and The Dead Kennedys as his influences.

In 1981, he met the guitarist, Kerry King, who was then auditioning for a southern rock band called Ledger.

The two got along very well as they started talking and playing Iron Maiden and Judas Priest songs and ended up founding Slayer.

Hanneman, who was heavily influenced by hardcore punk music, got other members into the genre, leading Slayer to swift progress.

He wrote music for band’s most famous songs, including South of Heaven, Raining Blood, War Ensemble, Mandatory Suicide and more.

His last recording with Slayer was the 2009 album, World Painted Blood.

In early 2011, he contracted a flesh-eating disease called necrotizing fasciitis. In the light of illness, Exodus’ guitarist, Gary Holt was brought to fill in for him.

On May 2, 2013, Hanneman died of liver failure in a Southern California hospital near his home.

He is no more in this world, but his legacy lives on. His guitar work has a notable impact on the heavy metal scene.