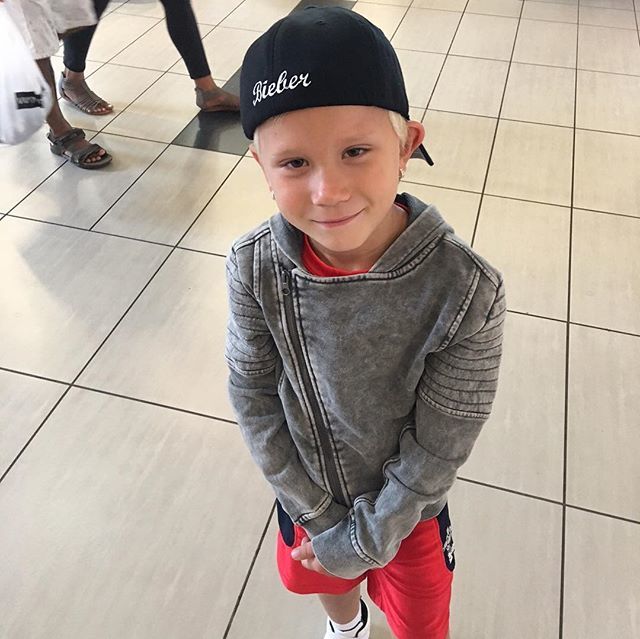 Jaxon Bieber is a half-brother of Justin Bieber. Jaxon is famous as an internet personality and one of the best young swaggers.

Jaxon Bieber, born on November 20, 2009, is just a six years old kid. Perhaps, he is just a kindergartener at the moment. However, he is famous among people around the world, especially among the girls.

He had his last Instagram post four weeks ago. It means he is not yet an Instagramaddict. Perhaps, he’ll be in a few years’ time.

Besides, Jaxon Bieber also has a Twitter account which, too, is managed by his parents. The only post in his Twitter account is a photo of him on Denim hoodie, red shorts, and white ADIDAS shoes. Jaxon knows how to advertise his brother’s name; he is wearing a ‘Bieber’ cap on the photo. The most interesting thing is the caption which says ‘SWAG’.

Although, it’s his only post in Twitter, Jaxon joined Twitter in January of 2012. Already very famous via his social networking sites, Jaxon apparently seems to have a bright future ahead in whatever career he chooses to pursue.

Jaxon Bieber, obviously, doesn’t have a girlfriend yet. Nevertheless, his sister is like the best friend. They get along with each other very well.

While Jaxon is just six, he has achieved amazing feats. Unbelievably, Jaxon already has more than 1.2 million followers on Instagram. Moreover, Jaxon’s Twitter account touches a peak of 574k followers. It’s quite a lot for a child; even many celebrities do not have so many followers on either of the social networking sites.