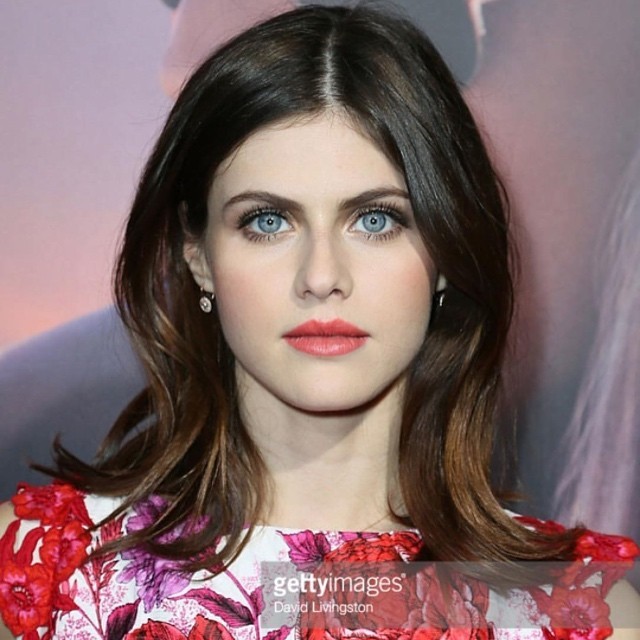 Alexandra Daddario is popular as Annabeth Chase in “Percy Jackson and the Olympian” series and as Blake Gaines in San Andreas. She played notoriously troubled, naive character in True Detective Season 2. She has been titled one of the “100 Sexiest Women in the World”.

Alexandra was born on March 16, 1986. She grew up in Upper East Side, Manhattan. She attended the Brearley School and the Professional Children’s School where she got opportunities to strengthen her enthusiasm in acting.

In 2002, Alexandra dropped out of high school to play Laurie Lewis on All My Children, a soap opera show. Her performance as a disturbed teen on the show landed her a female lead role in Percy Jackson and The Olympians series.

Alexandra has starred in popular movies and series, namely the Texas Chainsaw 3D, San Andreas, The Choice, White Collar and Parenthood among others. In addition, Alexandra also appeared in the music video by Imagine Dragons “Radioactive” and zombie comedy- Burying the Ex.

Alexandra became notorious for stripping naked on a TV show- True Detective. Whatever be the public reaction to her shockingly intimate scenes with Woody Harrelson, she has since received greater opportunities. She has been signed for Baywatch alongside The Rock, Priyanka Chopra, Zac Efron among other popular stars.

Alexandra is famous for her seductive blue eyes. A “sex symbol”, Alexandra has well-maintained body measurements of 35-27-34 inches. She has an hourglass body and wears a 32C. She stands 5 feet 8 inches and weighs 61 kg.

Alexandra was born to parents Christina and Richard Daddario in New York City. Christina is a lawyer and Richards is a prosecutor and former head of the Counter Terrorism Unit, NYPD. While Alexandra’s parents were supportive of her career decisions, the idea of making a living out of acting was relatively new to them. She has two siblings – brother Matthew and sister Catherine Daddario. She is of Italian and Irish descent.

Alexandra is fond of her dog Levon. She currently lives in Los Angeles.

Alexandra is rumored to be getting increasingly flirty with co-star Zac Efron – both on-screen and off-screen. In the past, she has dated Logan Lerman, Trey Songz, and Jason Fuchs.

Alexandra has a net worth of $4 million. She is a product ambassador for Vitamix and Viva La Juicy Gold Couture. In addition, she is actively involved with the charity events of Elton John AIDS Foundation.

Alexandra has 544K followers at @AADaddario.