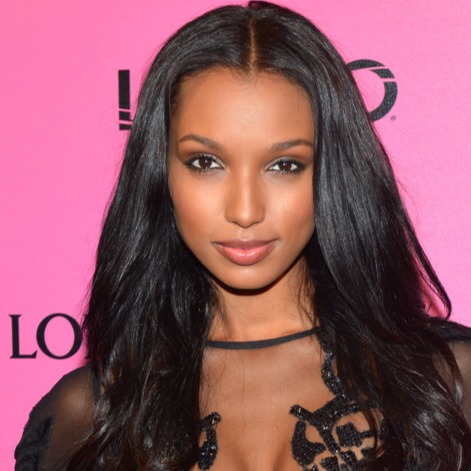 Jasmine Tookes, the fashion model, became Victoria’s Secret’s Angel only a year ago but she has already scored the role of her lifetime.

It was announced on Wednesday that Tookes has been chosen to strut down the catwalk in Eddie Borgo designed 3 million dollars Bright Night Fantasy Bra at 2016 Victoria’s Secret’s Fashion Show in Paris.

The 25-year-old Californian native admitted that it has been quite difficult for her to remain lips sealed with such tremendous secret.

She said, “I have known for five months, and I literally had to keep my mouth taped shut. I mean the only girls knew were Taylor (Hill), Romee (Strijd) and Josephine Skriver because they were there the day of the surprise.”

The model told Daily Mail Online that the bra weighs about 450 carats and is the heaviest one she has ever worn.

Victoria’s Secret’s angel released a video revealing the moment she wore the stunning bra and seemed clearly shocked by the surprise. Jasmine looked impressed discussing the brand’s bralettes, and actually, her jaw dropped when she was asked if she would want to model the fantasy bra on Paris show this year.

Her friends, Taylor, Josephine and Romee proudly cheered for her and gave her a big hug, while she herself was in shock.

Recalling the moment, she said, “I had no idea that I was going to be chosen to wear the Bright Night Fantasy Bra. It was such a surprise to me.”

While she couldn’t tell the news to anyone as she was asked to keep it secret, the first person she shared her excitement was her mom.

The stunning bra, featuring about 9,000 precious gemstones is studded with diamonds & emeralds in 18-carat gold. To ensure that it would fit her perfectly, the fantasy piece was shaped to an actual mold of her breast.

Jasmine, who has worn the fantasy bra only once, admitted that it is “pretty heavy”. And while the fashion show is still weeks away, she has already asked for advice to a fellow angel, Lily Aldridge, who modeled $2 million worthbra last year.

While Jasmine was nervous about the idea of parading the luxurious bra, Aldridge told her, “Just be calm and be relaxed. It is the best moment and the best night, so just embrace it.”
Jasmine still can’t believe that she is wearing the Fantasy Bra this year. She says, “I still pinch myself every day.”

The 2016 Victoria’s Secret’s Fashion Show airs December 5, 2016, on CBS. As for show’s preparation, she has been giving her time for the squat-heavy workout. She took to Instagram to share her workout video.

Working it out with @j.crvz

And before the annual show in Paris, she will be rocking her another costume in Halloween this weekend.