Actress Amber Tamblyn unveils about her pregnancy through a political essay 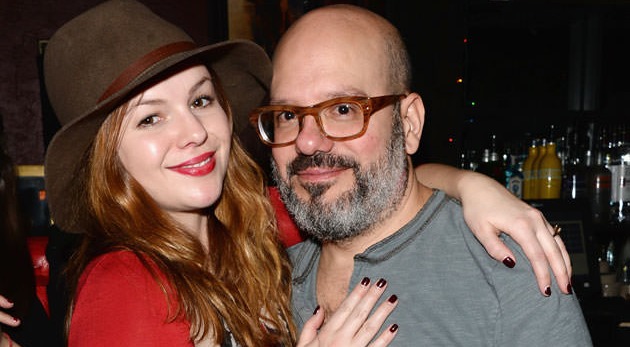 Actress Amber Tamblyn confirmed on Wednesday that she is expecting a baby girl with her Comedian husband David Cross. The couple tied the knot on October 6th, 2012 and the newborn will be their first child together.

Actress Amber Tamblyn revealed about her pregnancy in a prodigious way when she confirmed that she is expecting a baby girl in a Wednesday piece for Glamour.

“Motherhood has been heavily on my mind because I am going to be a mother soon,” she wrote the essay. She further wrote “I’m pregnant, with a daughter on the way. I think constantly about the world I am bringing her into.”

Her essay further talks about the current political situation in the United States and current terrorism activates going around the world. She paints the essay with the color of worry about bringing a child into the world which is currently covered by darks clouds of politics and terrorism.

Here is my latest piece for Glamour. It’s personal and important, like this election. “Somewhere between Donald Trump calling Hillary Clinton a woman with “tremendous hate in her heart” and “a nasty woman,” I found myself making a phone call to my mother I was hoping I could avoid forever. A story I shared about an encounter with an ex-boyfriend had gone viral, and I feared she would read about it in the news. When I told her, my mother’s reaction was unshockingly unshocked. “You know,” she began, “I have a story of my own I want to share with you.” Go ahead and fill in the blank of my mother’s story. It’s easy, isn’t it? I was at a _____, and a guy ______. I was _____ years old and the father of one of my friends ______. I was at work and my boss __ ___. I was walking down the street and _ ____. I exist, therefore _______is bound to happen. On the phone, my mother ended with a second story. She told her mother what had happened to her, and I’ll bet you can fill in this blank, too. My grandmother’s response to my mother was, “Boys will be boys. You just have to be really careful around them.” This is what has passed for wisdom, what’s been handed down between women for generations. It continues today. It encourages women to take a backseat in their own lives, telling them it’s okay: men know how to drive and know what they’re doing. It tells us to shush, to not make a fuss, to accept the world as it was built for us. It tells us we shouldn’t ask for more than what we are given, from dollar bills to the Bill of Rights. Boys will be boys and girls will be, what? Quiet. Hungry. Subservient. Game. I’ve been thinking about motherhood a lot lately. What it means to be one, what it means to have one, what it means to know one, what it means to make decisions as one and have conversations as one. I am very lucky to be surrounded by strong mothers, from my own mom to some of my best friends—those who are raising young women to accept themselves and those who are raising young men to accept women.Motherhood has been heavily on my mind because I am going to be a mother soon. I’m pregnant, with a daughter on the way…” (article link in bio)

“Is it possible to protect her from inheriting this pain? How much do I have to do, as a daughter and a soon-to-be mother to change not just the conversation about how women are seen but the language with which conversations are spoken in?” she wrote explaining how the current political climate is affecting her thoughts about landing a baby girl into the world.

The Sisterhood of the Travelling Pants actress has already made clear whom she will be voting for in the forthcoming election. Talking about it, the actress claims that she, in Hilary Clinton, sees a revolutionary idea.

The actress, besides sharing her opinion about what future she wants for her daughter and who is likely to provide it, also shared her excitement of being a parent.

Thank you Basilica Festival for having me! #Repost @basilicahudson with @repostapp ・・・ #Regram @thecreativeindependent ▪️ @amberrosetamblyn and @bstosuy in conversation at #BSS16 ▪️

The actress and her comedian husband seem excited by the prospect of having their first child. We hope that the couple gets the best out of their parenthood and may their daughter get the future that her mother wants for her.