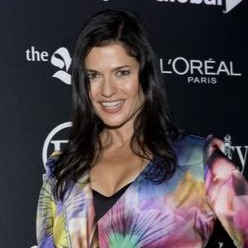 On November 25, 1968, she was born in Edmonton, Alberta. Standing tall at the height of five feet and eight inches Jacqueline is now running at the age of 47. She is called by a nickname Jacq. She is of Irish, Italian, Swedish, French, and Ukrainian descent.

In 2003, Jacqueline appeared as the host of the current affairs show, Medical Intelligence. Correspondingly, in 2008, joined W Network’s and HGTV’s Love it or List it to narrate in the show.

Jacq has got the opportunities to be the part of the Canadian television stations Roger TV, Tech TV, and MSNBC. Jacqueline doesn’t have that much interest in acting. However, she is seen in few films with her identical twin sister, Jill.

From the beginning, Jacq wanted to choose journalism as her first career. Later, she took part in acting too together with her twin sister, Jill Hennessy. The two identical twin sisters came together in the film, Dead Ringers, in 1988. In that film, they played the role of two call girls. Later, they were seen in the film, The Acting Class.

The dedicated journalist is also awarded or her excellent tasks, including the Canadian Nurses Association Award of Merit, and the Canadian Journalism Federation Greg Clark Award.

Jacq is the daughter of John Hennessy and Maxine Hennessey. Altogether, the parents have three children. Besides her twin sister, Jacq also has a younger brother, John Paul. The Hennessey family moved almost nine times all over Canada.

In 1982, the parents split up and the children started to live with their father. Her mother works in Montreal as a secretary, and besides that she is also an incredible cook. And, her father works as a meat

And, her father works as a meat salesman and a sales and marketing executive. Jacqueline Hennessy is now a mother of two adorable daughters, whom she shared with her husband, Terry Moore.

At present, the talented and beautiful journalist, Jacqueline Hennessy, is an associate editor of Chatelaine magazine. Jacqueline has chosen not to make her social media sites public.