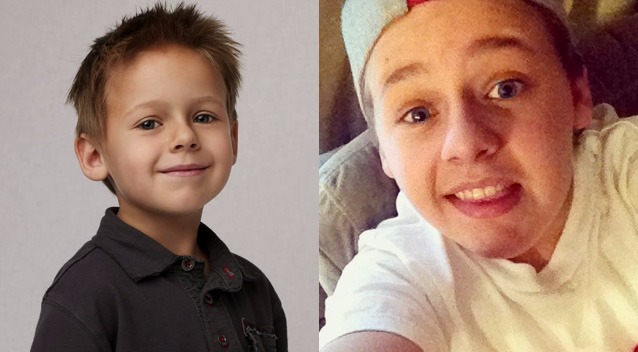 Jackson Brundage became successful at a very young age, thanks to his role as Jamie Scott on The CW’s One Tree Hill. Since he spent a huge portion of his childhood growing up in the media, it looks he is now living a life of a normal teenager, attending school and taking a hiatus from acting. But it wouldn’t be a surprise if he resumes his acting after school, but before he does, let’s know some of the things we didn’t know about the teen actor Jackson Brundage!

Jackson Brundage, a 15-year-old teen actor who played Nathan and Haley’s 5-year-oldson on The CW’S ‘One Tree Hill’, is globally known for his portrayal of Jamie Scott from there.

A native of Los Angeles, California, born on January 21st, 2001, as Jackson Timothy Brundage, is the middle child with two siblings, an older sister named Keely and one younger brother named Parker. Jackson belongs to an American nationality and is living with his parents in California, United States.

Gone are the days of him playing a naughty kid but instead he’s is all grown up now and is a bubbly teenager at the age of fifteen. Very little is known from his Wikipedia page.

In 2016, from his Instagram, we came to know that he is a high-school football player, and is certainly having a number of female admirers for his good looks and athletic skills. Plus, he is a pretty hilarious tweeter too, for that follow him on @TheRealJacksonB.

A globally known child actor and his nicknames

American entertainment industry earned Jackson Brundage several things including the nicknames; Lil Jack & JB, and perhaps for good reason. While he possibly still has some inches growing to do, he is considered as a short stance star as his height is only 5’2’’.

It was the portrayal of Jamie Scott which made Jackson Brundage a household name in America. On ‘One Tree Hill’, Jamie played the role of intelligent kid, and which apparently not the issue for Jackson because of his ability to memorize the dialogues and his level of professionalism. According to his co-stars, he was a ‘little adult’, & they counted on him to know their lines.

And Jackson spotlessly played the role of Jamie Scott from 2008 until its conclusion in 2012.

Net worth and other acting works

Jackson Brundage’s contribution on One Tree Hill for nearly four years and 99 episodes as naughty Jamie Scott has certainly earned him a complementing payday from his age seven to eleven. And as a result, Jackson Brundage has now an estimated net worth of $600 thousand which is just wonderful for the now 15-year-old!

Jackson Brundage will always be recognized for his One Tree Hill’s exposure, but he has also appeared on other television series, like NCIS, Las Vegas, See Dad Run, and Friends with Better Lives. Moreover, he has voiced the character Pablo in Einstein Pals.

Now at fifteen, Jackson is no longer like little One Tree Hill’s Jamie Scott, and as a matter of fact, he is now enjoying a life as a normal teenager & even has a girlfriend!

We don’t know how serious the relationship is but seeing the courtesy to share an intimate picture of them on his Instagram account, it’s kinda serious.

And a fun fact- Jackson Brundage had to put in fake teeth during the filming of One Tree Hill because he had lost his two front teeth.