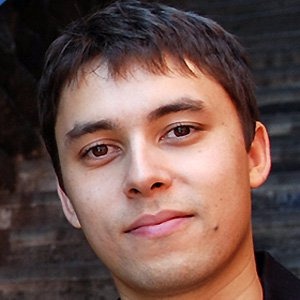 Jawed Karim is widely recognized as one of the founders of the video streaming giant YouTube. Prior to YouTube’s sale to Google, Jawed Karim, Steve Chen, and Chad Hurley used to operate it themselves.

Jawed Karim was born on 28th October 1979 (age 37) in Merseburg, East Germany. His father Naimul Karim is a Muslim Bangladeshi researcher and his mother Christine Karim is a scientist.

Jawed also has a brother named Illias Karim. Just as his parents, Jawed was also born with an extraordinary mind which has changed the world via the development of video streaming media.

Jawed Karim co-founded YouTube and posted the first video ever

Jawed Karim went to Saint Paul Central High School for early education and attended the University of Illinois at Urbana-Champaign for undergraduate. He did Computer Science there.

Jawed Karim worked in Silicon Valley and PayPal prior to founding YouTube. The three genius minds met in PayPal and decided to create something new. Even they hadn’t imagined how big their creation would be in the future.

Jawed, Steve, and Chad combinedly created YouTube in 2005 and Jawed posted the first ever video Me At The Zoo on 23rd April 2016. However, Jawed became a little detached from YouTube guys because he intended to focus on his master degree at Stanford University.

Jawed has Bangladeshi ancestry. However, he was born in Germany to Bangladeshi and German parents. Jawed has traits of both the Asian and European worlds. Hence, he is much taller than the average Asian guy. Anyway, Jawed is taller than his fellow YouTube founders.

Jawed Karim has a muscular build. But, we doubt if he goes to a gym or maintains a low-fat food. Although his body looks fine at the moment, he might need to work on it in the near future.

Jawed Karim has a multi-million net worth

Jawed Karim indeed has an interesting way of life. He is not attracted to becoming a billionaire which he could have been if he had kept intact with YouTube after making it public.

Jawed, in 2013, was seen on a television show which featured something related to Petcube. While this appearance in itself is interesting, Jawed cracked a very funny joke on the set which made the event more memorable, especially for those who watched the show.

Jawed is currently worth around 64 million dollars. The money comes from his share in YouTube. In 2008, he founded an organization named Youniversity Ventures which aims to support the budding ideas of innovation.