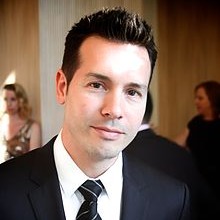 Jonathan Seda, best known as Jon Seda, is an American actor who is best known for the role of Detective Paul Falsone on NBS’c Homicide: Life on the streets. Besides that, he is also known for portraying the character of Chris Perez in the boxing based movie Gladiator and for the character of U.S Marine John Basilone in Steven Spielberg and Tom Hank in “The Pacific” identifies him.

Movie Gladiator marked the beginning of Jon’s career journey which brought numerous honors and unmatchable success to the actor. Another movie that acted as the ladder in the rise of this actor was Selena (1997), in which he was cast opposite the beautiful Jenifer Lopez.

This movie raised Jon’s popularity, and after the movie people not belonging to the Hispanic Ethnicity started knowing him as well. The year 1997 proved to be a fruitful and a productive year for the actor as he landed a role of Paul Falsone in NBS’s Homicide: Life on the Street.

Despite all the admiration and applauds that he received for his acting skills he had to wait until the year 2002 to finally get a movie where he was the leading face. The movie was 2002 flick, King Rikki. Since then, Seda has managed to appear in more than two dozen movies and as well as large numbers of televisionshows.

Besides Homicide, the actor has numerous another super hit TV series under his belt, including actor Tom Hanks’s The Pacific, Third Witch, Law & Order and CSI: Miami.

The talented actor was born to parents of Puerto Rican decent on October 14th, 1970, in Manhattan, United States. Details about his family background or his educational background have not been disclosed yet.

From his childhood, the actor was interested in boxing. He made his name in New Jersey before introducing himself as a runner-up at the New Jersey Golden Gloves competition. In his short career in boxing the talented actor registered 21 wins and one loss.

Success in the actor’s professional life has been well matched by the success in his personal life. Now residing in Pennsylvania, the actor is enjoying the joyful and blissful ride of marital life. Jon Seda tied the knot with his

Jon Seda tied the knot with his long-time girlfriend on the 4th of July 2000. Currently, into the 17th year of their marriage, the couple is enjoying a blissful relation without facing the unwanted issues of divorce.

In their 17 year-long marriage the couple has welcomed two children, son Jonathan Seda and daughter Haley into their paradise. Till now the duos have successfully been able to keep aside the conflicts in their relation.

Jon Seda is one down to earth guy who has traveled a long way in order to achieve success. This humble man who believes that the world has to either lover what they do or do what they love puts his love for acting above all.

His dedication and his love for acting have seen him proclaim various awards and nominations. Besides that, his dedication to acting has seen him accumulate a net worth of around 2 million dollars which is likely to increase in the future.