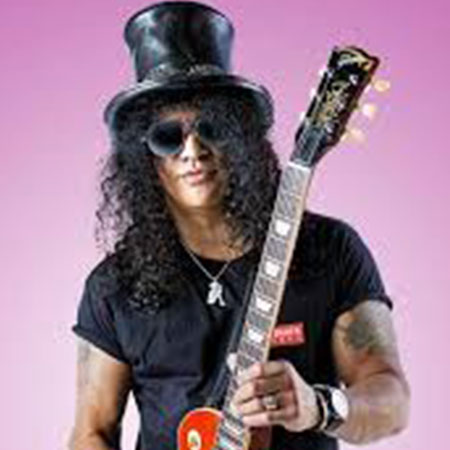 He was born on April 8, 1962, in Lafayette, Indiana. His parents separated when he was just eight years old.

Inspired by his paternal grandmother, who played drums in a jazz music band, Izzy developed an interest in music from an early age.

He even formed a high school musical band with his friend, Axl Rose.

After graduation, he moved to Los Angeles with the hope of pursuing a career in music.

He first joined the punk band, Naughty Women, and then formed the group, Hollywood Rose, with Axl Rose.

Hollywood Rose dissolved within a year. Still, they managed to record 5 songs like Anything Goes and Reckless Life.

The tracks were released as part of the compilation album, The Roots of Guns N’ Roses, in 2004.

In March 1985, Stradlin and Rose founded the hard rock band, Guns N’ Roses, along with members of L.A. Guns.

The band went on to sell over 28 million copies of their debut album, Appetite for Destruction.

They recorded four studio albums, including Use Your Illusion I and II, before his departure in 1991. He was replaced by Gilby Clarke.

Following that, he returned to his hometown to form Izzy and Ju Ju Hounds, and released the album of the same name the same year.

In May 1993, Stradlin reunited with Guns N’ Roses for five shows in Europe and the Middle East, filling Gilby Clarke’s spot.

Stradlin later went on to release a number of albums, including 117 degrees, Ride On, Rivers, and Like a Dog.

In 2012, he was enlisted into the Rock and Roll Hall of Fame as a member of Guns N’ Roses.