Skip to content
Home » Entertainment » It’s sure that Mitchel Musso isn’t gay after he posted shirtless pic of him kissing Haley Rome. Seems like the young couple is so much in love

It’s sure that Mitchel Musso isn’t gay after he posted shirtless pic of him kissing Haley Rome. Seems like the young couple is so much in love 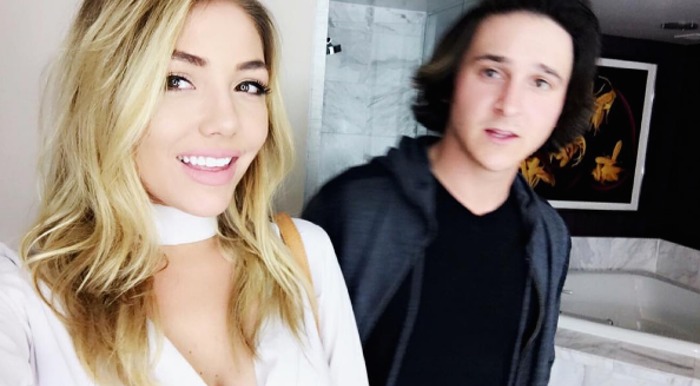 Known as Oliver Oken from Hannah Montana; Jeremy Johnson from the animated series Phineas and Ferb, Mitchel’s personal life is full of colors.

Always interested in older girls around, he has recently surprised his followers by a shirtless pic with Haley, a student from Stephen F. Austin State University.

According to few news sources, he had been in few relations with older girls in his past. But now he has accepted to be in true and strong relation with Haley for which he has been part of her family on every occasion.

Every one of us was wondering about his new girlfriend and meanwhile, his shirtless picture with Haley emerged in front of the media spotlight.

After being in relation with 4 different ladies in past, everyone was curious to know who will be the next on his list.

“I waited a while to post this because I’m always careful when it comes to personal information but since they have both been super open about it and Mitchel announced he loves to show off his girlfriend I figured I might as well help him.”

After reading the official announcement on his site, anyone can conclude that he has finally met his true girl after a long time.

Also, he has seen participating Haley’s family celebration in the new year at the Breckenridge Ski Resort in Colorado. Before that, he had also celebrated Christmas Eve with them.

The family source has also included that though they both admire family coordination but at the moment they want some special moment together for which they have moved to Texas.

He mostly prefers to spend quality time with his girlfriends and as the proof his Instagram photographs are.

It seems after few failed relations in past, Mitchel Musso has finally found his soulmate in Haley Rome, a fun loving girl. A happy couple is indeed headed for beautiful future where they will be together forever.