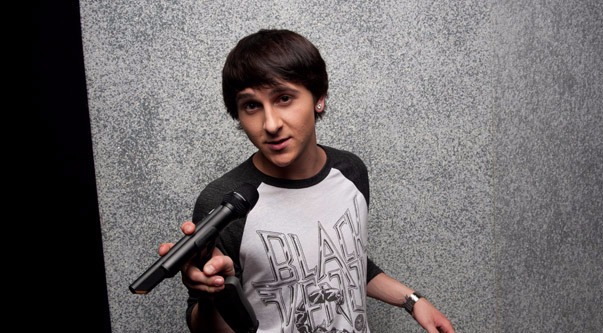 Mitchel Musso and his recent girlfriend Haley Rome are not engaged yet. Unaffected by failed relations in past, Mitchel is enjoying his new love at fullest by spending holidays at different places with her.

Before 2011, he was already in relation with 4 different ladies who were older than his own age. After digging up his previous life, the name of his first girlfriend emerged to the surface.

It was Katelyn Tarver, with whom he was rumored to be dating for the first time but was it really a rumor or something serious yet to confirm.

After being rumored for two times, it was not until 2007 when he finally dated someone officially, this time, she was Emily Osment, a co-star. Mitchel had met her while filming for Hannah Montana. After dating for 2 years their relationship came to an end.

Soon after his breakup in 2009, he was once again found dating Gia Mantegna. They first met in 2006 during the premiere of Unaccompanied Minors. Probably it was the reason behind his breakup from Emily Osment. Like the previous relation, he had to end his relation after 2 years with Gia Mantegna.

A student from Stephen F. Austin State University, Haley Rome has come in his life as the third girlfriend. It’s not too long of their meeting but yet their relation is pacing forward with speed.

It’s only a few months of their meeting and by now he has already been part of Haley’s family. Mitchel is treated as the family member of her family so soon. Attending family functions has become easy for him.

After being rumored with girls and dated some of them officially, Mitchell is finally getting familiar treatment from Haley’s family.

Mitchel Musso and Haley Rome are a really cute couple. Though they haven’t engaged yet, hope their relation gets higher with the success of being together.