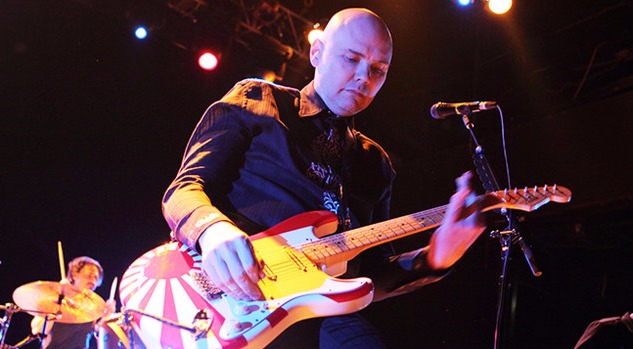 The candid frontman of an alternative rock band Smashing Pumpkins remains a successful musician, business owner & philanthropist. But, lately, approx. eighty percent of his days are spent planning about an entirely different passion as a creative voice and the president of TNA Impact Wrestling.

Lifelong wrestling fan, Corgan isn’t a stranger to sports entertainment. He spent plenty of time in ECW in the 1990s and founded Resistance Pro Wrestling, own independent promotion in 2011. Corgan has a history of the professional wrestling.

The Chicago native became TNA’s new senior producer of creative & talent development last summer, and a year later, he is exclusively calling the shots with the plans in works to potentially purchase the majority ownership of the company.

The musician recently spoke with ESPN.com in early morning hours from Los Angeles, where he was recording a solo album with a legendary producer Rick Rubin. Now, the creative voice of TNA Impact Wrestling is giving a new theme song for the show. He talked about the balance between his two worlds: wrestling and music to ESPN.

He said, “People have a very myopic view of what a rock star is. My version of a rock star has always been I’m going to do what I wasn’t to do it. Whether it’s having my own tea house, the charitable work that I’ve done, to pursuing a life or a career in professional wrestling- I think this is the American dream.”

When it comes to linking his brand with another as different from wrestling, public view him like he has “different passions for different reasons for different times”. However, he is not concerned about what public thinks.

He has found common ground from a product standpoint between wrestling and music, from similar dialogue to an emphasis on strengthening this performer to present them in their best light. However, he is quick to dismiss the status of being a dictator that he conquered in the music business.

He said, “I’ve always been a listener and a communicator, I think I just have a very strong opinion of how to make that thing best. I think you need a vision when you are dealing in the creative arts.”

Corgan believes that people’s attention in wrestling can be grabbed as easy as in music. However, it is keeping it that remains the ultimate change. It is something he believes won’t happen in TNA until he can’t continue to develop its own young stars.

Conquering artist, Corgan wants TNA to be unique and different. His first move as the owner would be to change TNA’s name in the order for company to move on & begin the new era.