Andrea Arnold shares the story of the making of American Honey 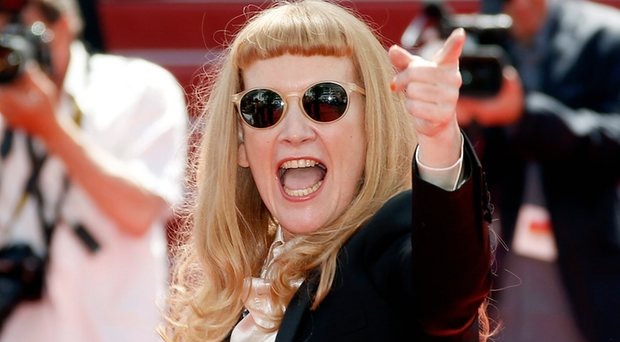 English director Andrea Arnold, who has mesmerized us with her various award-winning movies like Wasp and Red Road, made her Hollywood debut with American Honey which won the Jury Award at the 2016 Cannas Film Festival.

American Honey describes the fascinating and immersive journey of 20 hard partying crew across the American Heartland. Director Andrea gathered her 20 inexperienced crew from beach parties and from parking lots while they were hanging out.

The idea of making a movie defining the exciting and adventurous journey of people came after reading a 2007 New York Times article about mag crews. She wanted the performance to be authentic and natural. Hence she built her team out of young people she found while in her travels.

The movie only has a handful of professional actors which includes Riley Keough as Krystal and Shia LaBeouf as Jake.

The movie in itself is a wonderful story. However, the story that’s more wonderful and exciting than the on-screen story is it’s off screen story. Director Andrea Arnold, describes the journey, the findings, and the troubles that she and her crew went through while shooting for the movie.

Talking about her movie, the director said that using fresh faces who would define the struggles and the toughness of the MAG CREW was important as the movie was based on Mag peoples. Taking them to travel together was also a key component of the movie as it built strong chemistry in between the members.

Shooting a movie based on a road trip is a tough task for any cameraman. For this movie as well, it was tough for cameraman Robbie Ryan and the director. After testing several cameras in London, the duo decided to go with a 35 mm which gave them a great surface.

Besides the issues with the camera, the crew had to deal with the fact that people now days believe that movies based upon the story of travelers are not intended to motivate youth, but are made to make the old realize about their glory days.

Speaking about this, the director said that when one is young, they are still looking to go forward but when they are old and looking back at their youth, they can see it more clearly.

The premiered on 15 May 2016 at the Cannes Film Festival. It was later released in the USA in September and in the UK in October of the same year.