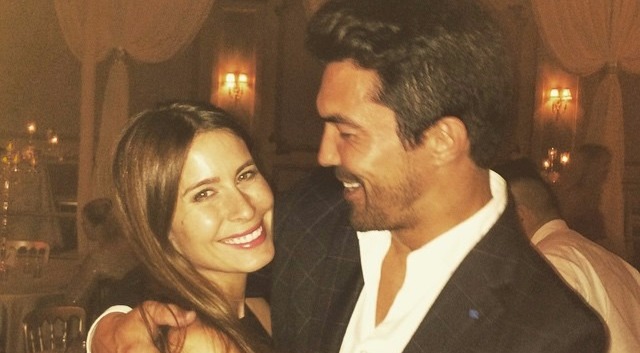 Ian Anthony Dale has become a daddy! He has welcomed a cute baby boy with his wife. The dashing actor has been married since 2016—besides, the actor’s first child with his wife.

Find out all about the married duo and their married life. Likewise, stay tuned to read about Ian’s children down below!

Ian Anthony Dale is married to his best friend

Sometimes you do get lucky! Dale has his best friend as his wife. The Hawaii Five-0 famed actor married his girlfriend of over two years, Nicole Garippo, in October 2016. The couple lives in Los Angeles.

Nicole is a Los Angeles-based designer working at Body Language Sportswear. A graduate of California State University, she has worked as a customer for several famous movies such as Into the Woods, War Dogs, Big Eyes, Alice Through the Looking Glass, and By the Sea.

The wedding took place at Cliff’s Edge Restaurant in Los Angeles. And the wedding was attended by his closest family and friends. Both Dale and Garippo have shared photos of their wedding night on their Instagram accounts.

In a touching Instagram post, he wrote, “…Thank you for being my partner in this crazy life, thank you for your endless support and belief in me, thank you for loving me with such purity and honesty, and thank you for making me the happiest man in this world by taking my hand and going on this lifelong adventure with me…”

On April 29, 2017, Ian took to Instagram to announce that they were pregnant with their first baby. The actor shared a sweet black and white collage of him kissing Nicole’s baby bump and wrote a heartfelt caption for his yet-to-be-born baby.

Of all the roles my life and career have brought me, never have I felt more excitement and anticipation as I do now in my preparation to become a Father.

I’m counting the days till I can hold you next to my heart and have you feel all this love I have inside for you,” wrote Ian. He also revealed that they were having a boy!

He didn’t leave out his wife in the sweet caption. For Nicole, he wrote, ” To my wife, you amaze me everyday with your strength, courage, and beauty. I love you more with every inch your belly grows.”

On May 14, 2017, Nicole announced that their son was due in August to her Instagram followers. She shared a photo of herself cradling her baby bump and wrote that she was “beyond grateful.”

The soon-to-be father also didn’t hold back his excitement in his post. He continued, “I cannot wait to experience the love and connectedness that having a child will bring us.”

The cute bundle of joy has finally arrived. Ian shared the adorable picture of their son, Roman Anthony Dale, on September 8, 2017, two weeks after he was born. He expressed his excitement of being a father on a lengthy Instagram post.

“We were ready. At 9:55 am on August 23rd, 2017, our beautiful baby boy decided he was ready too. Roman Anthony, it’s impossible to into words the immeasurable amount of love and profound joy that you have brought to our family, and our love for you continues to deepen every passing second. We can’t wait to shower you with our love, hopes, and dreams to rest of your life”, he wrote.

Nicole also reposted the photo and wrote in the caption, “Our son is so lucky to have you as his father. It melts my heart watching you care for our precious boy. Thank You for our little miracle.”