Skip to content
Home » Entertainment » How producers decided the fate of Al Olinsky in Chicago P.D.?

How producers decided the fate of Al Olinsky in Chicago P.D.? 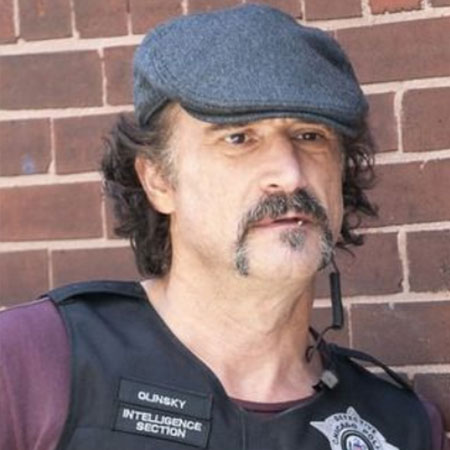 The season concluded with the revelation of the demise of Al Olinsky (Elias Koteas) after he was stabbed multiple times in prison.

The news was quickly delivered to a furious Voight (Jason Beghe), who was seeking revenge for the stabbing for the rest of the episode.

Even though it was expected, putting Olinsky’s death at the episode’s beginning is still a bit of a shocker.

Perhaps, it was a way to raise the stakes of the season 5 finale.

Nevertheless, fans are heartbroken to find out that it was the end of the road for Olinksy and Koteas’ final episode on the show.

Koteas has portrayed Detective Alvin Olinsky since season one of the show and has been lovingly referred to as “Al.”

Al endured rough times throughout the show’s run; dealt with broken marriage with Meredith and tragic death of their daughter, Lexi.

However, he remained a fan favorite, and surely it will take a while for them to get over his death as #JusticeForAl hashtags have flooded Twitter.

On the topic of heartbreaking twist, showrunner Rick Eid stated from a creative perspective that the decision evolved from the ongoing storyline.

Rick said, “The writers and I kept coming back to this idea that Voight’s decision to kill Bingham should cost him something. Over time, we landed on the notion that Olinsky should be the person to pay for Voight’s sin because Voight admired and loved him so much.”

However, Eid added that from the business perspective, losing terrific actor was an extremely difficult decision for them.

Eid is also thankful to Koteas, who handled the news like a true professional and gave his best till the show’s final shot.