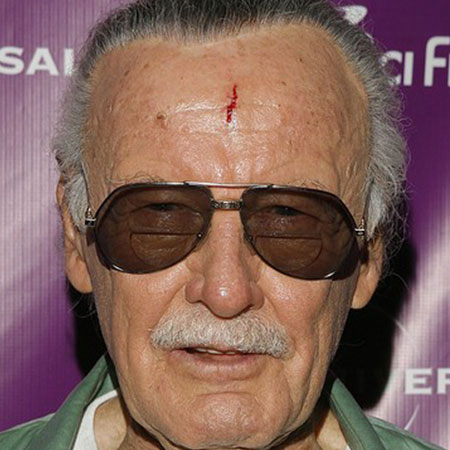 Responding to that, CBS claimed that they teamed up with her to create a “safe working environment.”

A few days earlier, there were rumors that Jamie Foxx and Katie Holmes are marrying in a summer wedding.

Rumors have now started swirling that Foxx left Holmes at the altar. However, the actor’s rep has denied the allegations.

The long awaited movie about the leading man of Queen, Freddie Mercury, is set to release on Nov 2, 2018.

A teaser trailer of the movie starring Mr. Robot-famed Rami Malek in the lead was dropped on May 15.

The movie will focus on the rise of Mercury and the band’s making of the 1975 classic, Bohemian Rhapsody.

Lucifer May Get Picked-Up

Following the rage of the fans online upon the cancellation of Lucifer, Tom Ellis has hinted of its return.

He said the team is not giving up and revealed that the talks of the show’s revival in ongoing.

Two ‘Survivor’ contestants violated their NDA agreements which could result in $5 million fine.

Alec Merlino and Kara Kay posted a picture together which gave way to the rumors that they were on the show.

Ryan Reynolds has confirmed that ‘Deadpool’ will be back with part 3 and possibly with Hugh Jackman’s Wolverine.

He said, “I badger Hugh Jackman weekly to put the claws back on.”

According to the lawsuit, the company executives tricked him into giving away his name rights during the acquisition by Camsing.

I’m a Celebrity may be canceled!

The show, I’m a Celebrity…Get Me Out of Here, may be canceled this year due to absence of the hosts, Ant & Dec.

Dec has been alone in recent times after Ant is taking a time to recover from his alcohol addiction.

The show’s fate lies in Dec’s hands, as he is expected to be out for a while due to his impending baby with wife, Ali Astall.

Discovery has released a new trailer for upcoming season of ‘American Chopper’ on Facebook.

While the show is set to be back after eight years, Paul Teutul Sr. and Jr., will be back on TV after five years.