Skip to content
Home » Entertainment » What is Home Alone star Macaulay Culkin doing in 2018? Where is he?

What is Home Alone star Macaulay Culkin doing in 2018? Where is he? 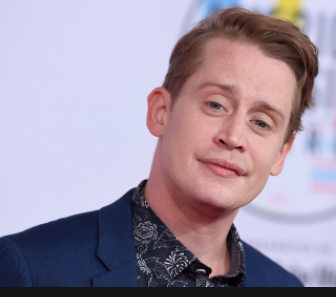 Hailed as a child prodigy of the 80’s, Macaulay Culkin is an American actor, author, painter, podcaster and musician.

He was born on August 26, 1980, in New York, as the third child of Kit Culkin and Patricia Brentrup.

He, along with his two brothers, Rory and Kieran Culkin, followed in his father’s footsteps and chose acting as a profession.

He started acting at a tender age of 4, appearing in a number of stage plays, films and TV shows.

This consequently led Culkin to appear in several Off-Broadway shows, including the New York City Ballet’s ‘The Nutcracker.’

However, his breakthrough role came as Kevin McCallister in 1990 superhit comedy, Home Alone.

He continued his success through notable movies like My Girl, Home Alone 2: Lost in New York, and The Good Son.

His brilliant acting in ‘Home Alone’ earned him American Comedy Awards and a Golden Globes nomination.

In 2004, Culkin was featured in the music video for Sonic Youth’s song, Sunday, and in 2006, he published a book entitled Junior.

Culkin eloped with actress Rachel Miner in 1998, but they separated in 2000 following their differences in life.

Since then, he has dated a number of girls, including Mila Kunis and Jordan Lane Price.

As of 2018, he is in a relationship with American actress and television personality, Brenda Song.

In recent days, Culkin is busy with his weekly podcast for a comedy website, Bunny Ears.

Earlier this march, Culkin appeared on The Tonight Show with Jimmy Fallon to debunk some of the conspiracy theories about ‘Home Alone.’

Recently, he surprised fans by joining ‘Reddit: Ask Me Anything session’ to address unanswered queries.

As of 2018, this actor has garnered an estimated net worth of $15 million.