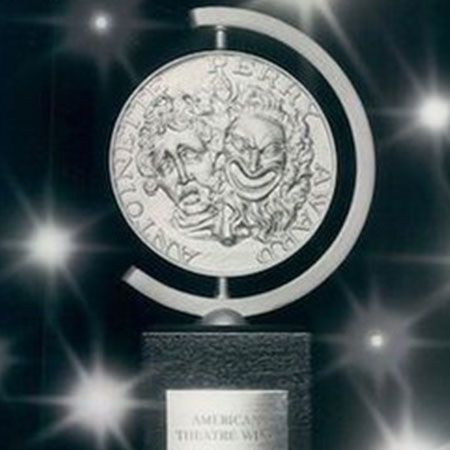 The 72nd Annual Tony Awards were held on June 10, 2018, at the  Radio City Music Hall  in New York. As we came face to face with this year’s winners, we are recollecting the biggest names in the showbiz who have been honored by Broadway.

While some stars have snached their awards after making it big on the big screen, some of them have been honored by the Tonys long before they became big names in Hollywood.

Here is a flashback of 10 Hollywood Stars Who Have Won Theater’s Biggest Honor. But before we begin, be sure to subscribe to our channel and hit that bell icon as well.

Recipient of a Screen Actors Guild Award and Satellite Award, the Grey’s Anatomy star Ramirez has proved she is capable of much more than just healing her patients in the series. The actress previously secured a Tony for best-featured actress in the musical Spamalot in 2005.

Neil Patrick Harris is best known for his portrayal of Barney Stinson on How I Met Your Mother. In 2014, the actor demonstrated his theater skills in the title role in Hedwig and the Angry Inch on Broadway which earned him a Tony for best performance by an actor.

Action star Denzel Washington is a two-time Golden Globe and Academy Award winner. And adding to his theatre achievement, Washington secured the award for best actor for his depiction of Troy Maxson in the revival of drama ‘Fences’ in 2010.

With a Golden Globe, a Tony, and an Oscar in his vault, Redmayne is one of the renowned actors in the Hollywood. Before his portrayal of Stephen Hawking in 2014 movie,The Theory of Everything, he had nabbed a Tony award for best-featured actor in a play in 2010.

The Aussie superhero is definitely a jewel for the Hollywood big-screen and the box office.  And when it comes to theaters, the five-time Tony award host has secured an award for himself too. In 2003 the actor garnered a Tony for his debut role in ‘The Boy From Oz.’

Forging his way to the Hollywood as a stage actor, Kevin Spacey is a two-time Oscar winner. Before mesmerizing us with his portrayal of Frank Underwood in the Netflix political drama series House of Cards, Spacey had grabbed the Tonys for best-featured actor in a play for Lost in Yonkers in 1991.

Our beloved ScarJo is not only a Hollywood diva but she has shown some serious skills in the Broadway and conquered the theater world. The blonde bombshell snatched her Tonys in 2010 for the best-featured actress for her interpretation of Catherine in Arthur Miller’s masterwork, A View from the Bridge.

Regarded as one of the greatest actresses of her generation, Viola Davis is the only black actress to date to achieve the Triple Crown of Acting (an Oscar, an Emmy, and a Tony). She won the Tony for the best featured actress for 2001’s King Hedley II and the best actress for 2010’s Fences.

Goldberg is one of only 11 actors to secure all four prestigious awards i.e Emmy, Grammy, Oscar and Tony, widely known as EGOT. She achieved this in 2002 when she won a Tony Award for co-producing the musical ‘Thoroughly Modern Millie’.

Best known for his roles in big screen movies like The Godfather and Scarface, the Hollywood icon is one of the best actors not only on screen but on stage too. The star has snatched two Tony Awards for Best Featured Actor in a Play in 1969 for Does a Tiger Wear a Necktie? and 1977’s The Basic Training of Pavlo Hummel.