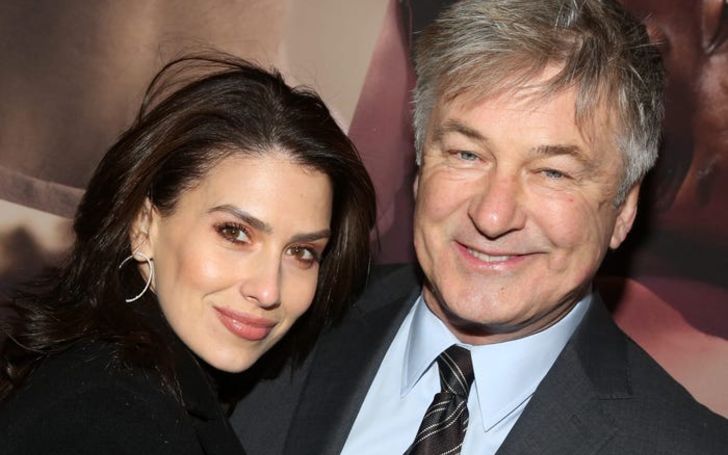 Hilaria Baldwin revealed the name of her newly born daughter with a lovely image of the fast-sleeping baby girl. According to People, the duo welcomed daughter Lucia through a surrogate.

“We are so in love with our daughter, Lucia,” she captioned the post. “Just like your brothers and sisters, you are a dream come true.”

The news of the new Baldwin baby’s name arrives one day after the mom of six delighted her followers with a cute portrait of her children, including daughter Carmen Gabriela, 7.

The 37-year-old Hilaria tied the knot with Alec Baldwin in 2012, with whom she shares four sons, infant Edu, born in September 2020, Romeo Alejandro David, 2, Leonardo Angel Charles, 4, and Rafael Thomas, 5, as well as daughter Carmen. Meanwhile, Alec is also father to daughter Ireland, 25, who he shares with former wife Kim Basinger.

During an interview with People last November, the fitness trainer said the ongoing COVID-19 pandemic would mean “we’re done” extending the family.

She explained at the time,

Everybody’s asking me this question. I don’t know. I’ve said in the past that I was done when I wasn’t done. I think, right now, I’m so tired. And I feel, just with COVID — it’s just insanity.

News of her sixth baby’s birth also arrives a month after Baldwin apologized in February for not being clearer about her ethnic roots when she was accused of misappropriating her ethnicity at the end of December. She was heavily criticized on social media for declaring fake Spanish origins and adopting a Spanish accent while being born and raised in the United States.

Hilaria, who previously confirmed she was born as Hillary in Boston said:

I’ve spent the last month listening, reflecting, and asking myself how I can learn and grow. My parents raised my brother and me with two cultures, American and Spanish, and I feel a true sense of belonging to both.

The Mom Brain podcast co-host added that the way she thought about herself and her profound link to two cultures should have been further explained — “I should have been more clear and I’m sorry.”