Skip to content
Home » Entertainment » What is Henry Winkler aka Fonzie doing now? Net Worth 2018

What is Henry Winkler aka Fonzie doing now? Net Worth 2018 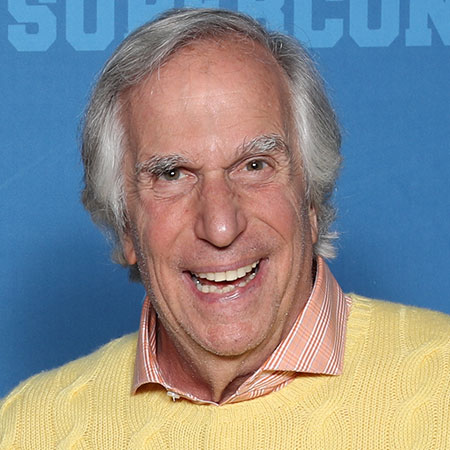 Henry Winkler is an American actor, comedian, and author, best known for his portrayal of ‘The Fonz,’ in the 1970 sitcom, Happy Days.

He was born on October 30, 1945, in Manhattan, New York to German parents, Anna Marie and Harry Irving Winkler.

He was a dyslexic child and suffered from anxiety and received poor grades at school. He only found about it when he was 31.

He graduated from McBurney School in 1963. In 1967, he received BA from Emerson College and MFA from Yale School of Drama.

He has been awarded honorary Doctorate in Humane Letters from Emerson College and Austin College.

His first screen appearance was as an extra in a game show for which he earned $10.

After he was kicked out of a play in Washington, he moved back to New York and started appearing in commercials.

Henry also did guest appearances on TV shows and appeared in the plays in Manhattan Theatre Club for free.

He rose to fame with his depiction of Fonzie in the sitcom, Happy Days. Initially, a side character, Fonzie, became famous gradually among fans.

His role earned him Golden Globe Award for Best Actor – Television Series Musical or Comedy in 1977 and 1978, and three nominations in Primetime Emmy.

He later focused on directing and producing and made several movies and TV series, most notably, ‘MacGyver’ and ‘Sabrina, the Teenage Witch.’

He has appeared in numerous movies and TV shows like Heroes, The Waterboy, Night Shift, Scream, Arrested Development among others.

He was the narrator and executive producer of Academy Award-winning documentary, Who are the Debolts? And Where Did They Get Nineteen Kids?

He is the author of series of children’s Book, Hank Zipzer: The World’s Greatest Underachiever. Lin Oliver helped him as co-author to write the book.

The book was adapted to an animated series in 2014 where he voiced the character, Mr. Rock.

He appeared in two seasons of ABC reality-travel show, Better Late Than Never, the American adaptation of Korean series, Grandpas Over Flowers.

He is currently busy with the first season of his new dark-comedy series, Barry, which premiered on March 25, 2018, in HBO.

Henry has acquired a net worth of $20 million with his versatile contribution to the entertainment industry.

He has been married to Stacey, since May 5, 1978, with whom he has two children, a daughter, Zeo Emily, and a son, Max Daniel.

He also has a stepson, Jed Weitzman, from Stacey’s previous marriage.

Apart from show business, he is passionate about fly fishing. He has written another book, I’ve Never Met an Idiot on the River: Reflections on Family, Photography, and Fly-Fishing.