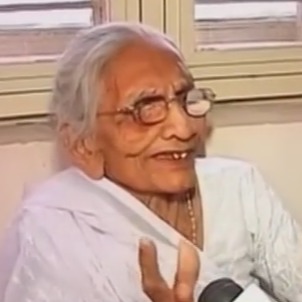 Heeraben Modi is particularly recognized as the mother of the Indian Prime Minister Narendra Modi. She gave birth to him on 17th September 1950.

Narendra Modi was born and raised in Vadnagar, Bombay State (presently Gujarat), India. Narendra Modi was sworn in as the Prime Minister of India on 26th May 2014. Since then, he has been able to shine onto the world as an international figure.

Narendra Modi visits his mother, Heeraben Modi, time to time. They are mainly seen together during the festival times such as Durga Puja and Diwali.

Heeraben Modi acts as a motivation for Narendra Modi

Heeraben Modi raised Narendra Modi with the aim of making him a strong and independent person. She has always supported his endeavors and desired for his success. At the same time, Narendra Modi also sees her as his source of inspiration.

Narendra Modi’s consecutive successes are all because of Heeraben’s visionary ways of nourishing him as a child. Sometimes, Narendra Modi acknowledges his mother in his speeches thanking her for everything she provided him.

Heeraben has not only helped Narendra Modi to rise up to a global standard, but she has also prepared her other sons and daughters to make a difference in their own communities.

Heeraben Modi was born in 1911. Now 95, she was married to Damodardas Mulchand Modi. Damodardas was a very responsible citizen and a loving husband. The couple had five children together.

The names of the four sons of Heeraben are Pankaj Modi, Prahlad Modi, Amrit Modi and Soma Modi. Likewise, the name of the only daughter Heeraben had is Vasantiben Hasmukhlal Modi.

By this time, all of her children are married and even have their own children. So, Heeraben is already a grandmother to a multitude of people. Perhaps, she is a great-grandmother too.

Heeraben Modi followed the instructions of her son. Narendra Modi has formulated a new policy to fight the deep-rooted corruption in India. In order to deter people from making duplicate notes, he is getting rid of 500 and 1000 rupee notes from the Indian economy.

In terms of this policy, Heeraben was seen going to a bank in Gujarat to exchange her old 500 and 1000 rupee notes. This indeed encouraged a lot of Indians – from youngest to the eldest – to do the same.

From this incident, it seems Heeraben Modi is the biggest supporter of Narendra Modi.