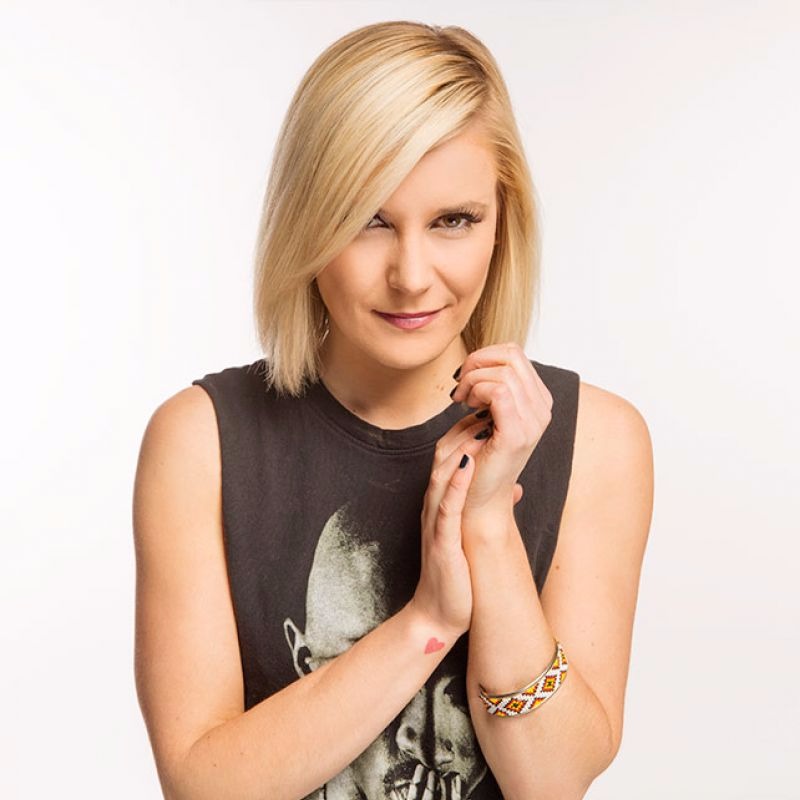 A stunning lady from the entertainment world, Renee Paquette is a famous Canadian sports broadcaster. She is broadly recognized for working for WWE under the ring name, Renee Young.

Young is associated with WWE performing interviews and commenting duties since 2012. Prior working with WWE, she was serving as a sportscaster for sports TV network The Score.

Beautiful Renee Young was born on 19th September 1985 in Toronto, Ontario, Canada. She holds Canadian nationality and belongs to the white ethnical group.

Renee appeared as a model when she was a small child. Soon after completion of high school education, she starting taking training in the improvisational comedy.

By reaching the age of 19, she moved in Los Angeles, California to make a career in the acting field. After spending a few years in California, she moved to Toronto where she gave audition for various movies, TV commercials and music videos.

Renee Young’s professional journey began in 2009 serving for ‘The Score Television Network’. She filled in as a presenter of the show called Right After Wrestling in the sports network. Young dedicated three years working for the Score TV Network.

She gave a new start to her career in October 2012 by joining the World Wrestling Entertainment. Paquette was given a new name ‘Renee Young’ in the WWE.

She made on-screen debut in the most loved entertainment network on 29th March 2013 in one of the episodes of SmackDown. After entering in SmackDown, she took interview of some big names of wrestling fraternity like Big Show, Randy Orton, and Sheamus.

From February 2013, Young began performing exclusive interviews for the WWE network. She was also given responsibility to present 2012 Survivor Series. On 23rd January 2012, she made a debut on NXT as a backstage interviewer.

With spending more years in WWE Network, Young was getting more work. She worked as the third main presenter of The JBL and Cole Show. The show was very popular at that time as it achieved the Slammy Award in the category of Favorite Web Show of the Year.

On NXT, Renee made her first appearance as a commentator in September 2013. During her working tenure at NXT, she performed as a color commentator on Divas matches. Later, she was promoted to the full-time commentator in the network for the several months.

Other than her work experience with WWE, she has also presented other shows like Rippin’ It -N-Lippin’ It for BiteTV. She also did a cameo appearance in Kelly Clarkson’s music video called ‘Behind These Hazel Eyes’.

Interested in Wresting from an early age, Renee is dating Dean Ambrose

Discussing her personal life, Renee Young is currently in a relationship with the WWE superstar Jox Moxley better known as Dean Ambrose. She is dating Dean since September 2013. They seem to be still enamored with each other and are considered as one of the happy couples of WWE network.

Renee has always been a fan of WWE. Since her father is a concert promoter, she got the chance to meet some renowned WWE superstars named Stone Cold, Chyna, Triple H and Trish Stratus when she was a small kid.

She had earlier dreamed of becoming a WWE superstar but unfortunately, her career path ended on a different note as a presenter. As of now, some sources revealed that Renee is going to be a part of new season of the popular reality TV show Total Divas.