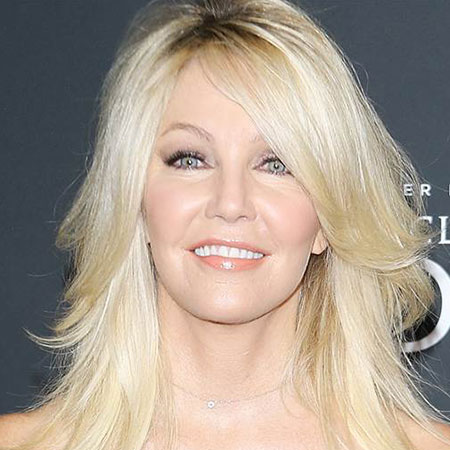 Heather Locklear has been living a troublesome life for several years, struggling with drug addiction and legal issues.

The ‘Melrose Place’ alum made her first public appearance after more than a year on September 9.

In September 2008, Locklear was arrested for driving under the influence in Montecito, California.

But, authorities deemed her to be under the influence of prescription medication for depression and anxiety.

The actress pleaded no contest to reckless driving and agreed to three years of probation, $700 in fines and DMV driver safety class.

She was arrested again in April 2010, when she was accused of misdemeanor hit-and-run, after she careened her car into a no-parking sign and abandoned the scene in Ventura County.

In January of 2012, she was rushed to a hospital after she mixed alcohol and prescription drugs.

Reportedly, she got into drug and alcohol addiction to overcome the pain of her shattered married life.

The blonde beauty was married to two musicians, including Motley Crue drummer, Tommy Lee from 1986 to 1993 and Bon Jovi guitarist, Richie Sambora from 1994 to 2007.

Rumors surfaced in January 2017 that she had entered rehab for the fifth time, after she was spotted with a puffy face.

However, she struck down the rumors stating that she was feeling great and trying to make her life better.

“I am feeling great and am taking steps to enrich and better my life. Currently I am working on tying up some loose ends regarding some issues so I can hit 2017 steam full ahead.”

In July 2016, she broke up with her boyfriend of three years, plastic surgeon Marc Mani.

The reason behind their separation was Locklear bizarrely posting pictures of her and her ex-husband, Tommy Lee on Instagram.

Since breaking up with her plastic surgeon bae, she has been dating her high school friend, Chris Heisser.

On September 15, she was hospitalized for a day after sustaining minor injuries when she crashed her Porsche into a ditch outside of Los Angeles.

Sources claimed that the actress was sober, and neither alcohol or drugs played a role in the incident.