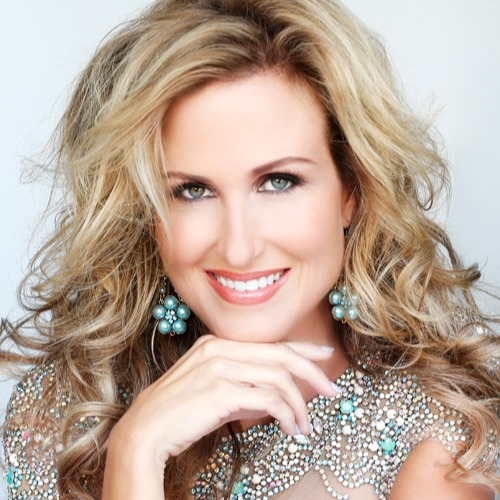 Korie Robertson, who is married to Willie Robertson, has made the decision to add another kid to her family of five. The Robertson couple is already parenting five children and is now going to adopt a 13 years old son.

Korie Robertson and Willie Robertson are well known for Duck Dynasty couple, which is the popular American TV series which showcase the Robertson family.

The kids did a fantastic job on our 25th/24th anniversary party!! They even had a replica of our wedding cake made. So sweet! Thanks a lot Uncle Si for outing us @duckdynastyae

Korie Robertson and Willie Robertson was school sweetheart, where they first met at a school summer camp. The couple tied the knot at the very early age right after their completion of high school in 1992, January 11.

The couple has completed their 25 years of marital bond. Recently they celebrated their 25th wedding anniversary on July 6. Korie and her husband Willie’s eternal love and affection made their nuptial bond alive till date with no issues of divorce.

Duck Dynasty's Willie and Korie Robertson on The Tonight Show

Korie and Willie Robertson made the big announcement of their sixth child adoption on Instagram in January 2016. They announced it just after two days of their eldest child Rebecca Robertson’s engagement.

Robertson’s family with their new member

It’s official!! Today Rowdy officially became a Robertson! So thankful for Godly attorneys and judges that made the day extra special. We told stories of the past year, we laughed, we cried, we hugged, we swore to love Rowdy forever and ever❤️#Godisgood (missed having @young_and_beardless @marykaterob and @johnreedloflin with us)

Korie and Willie are actually biological parents of their three children; John Luke (20), Sadie (18), and Bella (13). Rest of the kids, Rebecca, Will, and Rowdy were adopted by the Robertson couple.

Korie posted a picture of her children with the new kid, who is soon going to be the part of the Robertson family, on her Instagram. Korie wrote, “We are excited to be in the process of adopting a new son!”

Furthermore, she added, “He’s been with us since May, but we wanted some privacy and time for him and our family to bond before telling the world (It’s a bit of an adjustment coming into this big, crazy family)”.

It seems that the Robertson couple is very much excited about adopting their new 13-year-old son. Korie also informed it that they are in the process of adopting their new child.The couple lives in West Monroe, Louisiana, with their family.

Korie Robertson is happily married with five children and enjoying parenthood. Now, the Duck Dynasty star and her husband are planning to extend their loving family with yet another adoption. On the top of that, Korie Robertson’s Instagram pictures of her family, including the new member, a son, seems he already became the part of the giant Robertson family.