Do you know CBS News correspondent Nancy Cordes net worth? Details on her education 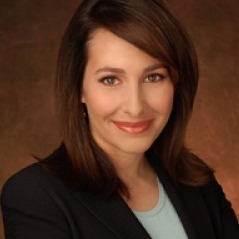 Nancy Cordes, a well-known CBS News congressional correspondent, has earned immense popularity through devoting many years in the media field along with which she has also earned a huge amount of net worth. However, information regarding her true net worth figure is yet to be revealed.

Nancy was born in Los Angeles and spent her childhood growing up in Hawaii. She completed her high school from Honolulu-based school ‘Punahou School’.

In an interview with the top political website ‘The Hill’, she revealed that she studied at the same high school from where President Barack Obama earned his high school graduation degree. She added that both of them had the same homeroom teacher for all four years but at different time.

Subsequent to graduating from the high school, she joined ‘University of Pennsylvania’ and graduated from there in 1995. Later, she got enrolled at Princeton University’s Woodrow Wilson School of Public and International Affairs and received master’s degree, majoring in Public Policy.

Nancy Cordes started her career in 1995 by joining Honolulu-based television station ‘KHNL-TV’. She served the network as a reporter for two years. In 1999, she started reporting for Washington D.C. based TV station ‘WJLA-TV’. While working there, she covered the news of September 11 attack.

In 2003, she started a new career journey by joining the ABC News affiliate network ‘NewsOne’. She served as the Washington-based correspondent for the network. Two years later, she was hired by ABC News to serve as a correspondent in New York. During her work time at ABC News, she covered major news like the news of Hurricane Katrina, the war in Iraq and 2004 presidential election.

At present, Cordes is working as a congressional correspondent for CBS News. She also works as a regular contributor to the CBS News’s other programs and platforms.

Beginning to work since 1995, Nancy Cordes is believed to have earned a huge net worth from her journalism career. However, she has not shared the exact amount of net worth she owns.