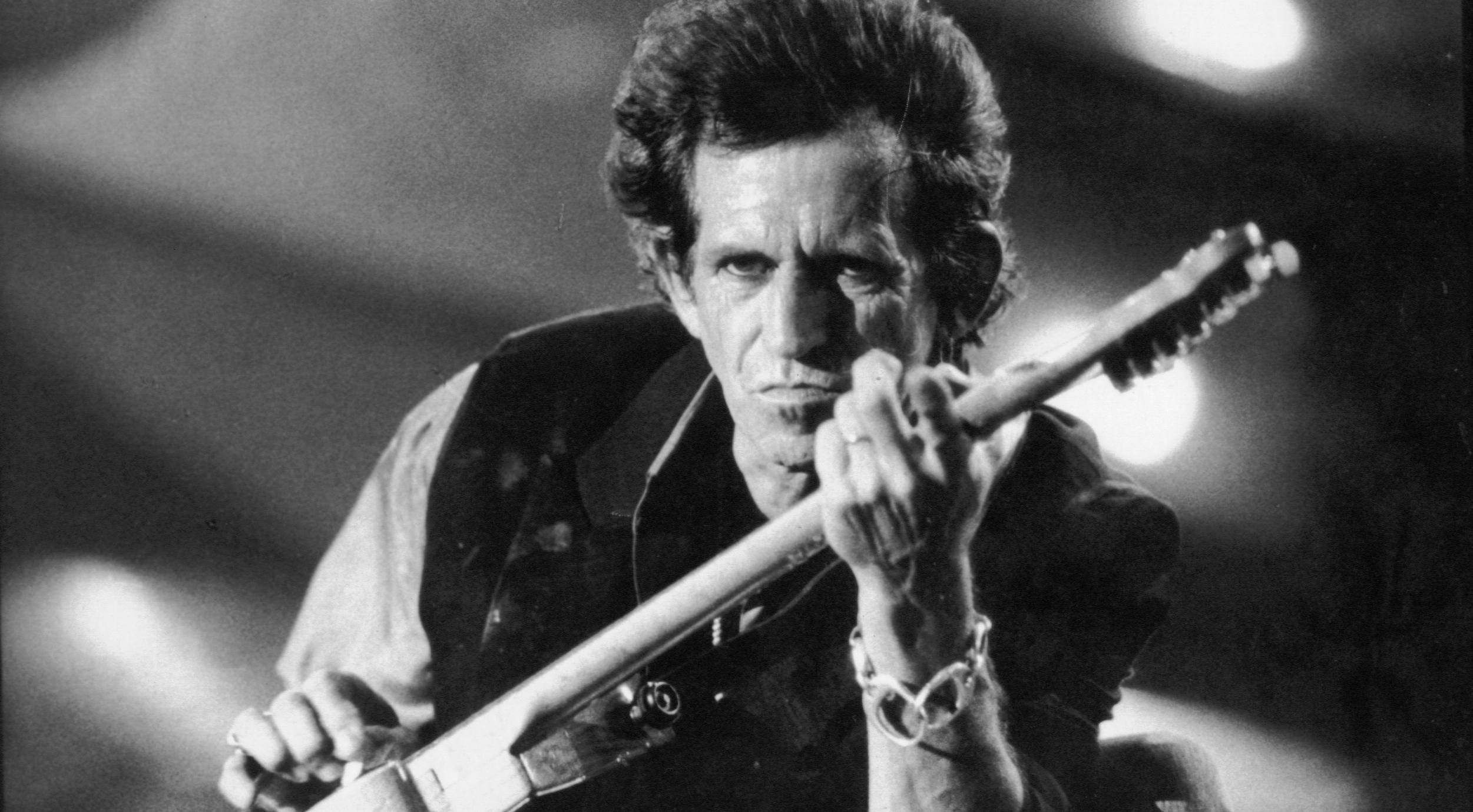 If Mick Jagger is the face of The Rolling Stones, then Keith Richards is the soul who has been driving the band with his melodic riffs and god-like guitar solos since 1962. Rolling Stone magazine ranked him fourth on the list of Top 100 best guitarists of all time and called him the creator of “rock’s greatest single body of riffs.”

The 75-year-old artist has been at the forefront of rock n’ roll since the genre became a generation-defining movement. The Rolling Stones is bringing the No Filter Tour to U.S. stadiums with 13 shows, which is set to start from April 20 to June 25. Honoring their half a century-long journey, today we bring you a list of Keith Richards’ collection guitars.

Often referred to as the “Keith Burst,” it was first seen during the band’s early years in the 60s during their debut performance on The Ed Sullivan Show. Jimmy Page and Eric Clapton also used the guitar.

The latter used the guitar in 1966 with Cream at the Windsor Jazz & Blues Festival. He used this guitar until 1967 before selling it to his future Rolling Stones bandmate Mick Taylor.

Keith used this guitar extensively during the late 1966 British tour and in 1967 during the band’s European tour. According to Gibson.com, his first Gibson Les Paul Custom was stolen during a tour in 1967, and he apparently bought a new one in London.

The documentary, Sympathy for the Devil, features Keith using the guitar extensively. His ‘57 Les Paul Custom ended up in the hands of a private collector in 1970.

1953 Fender Telecaster aka the ‘Micawber.’

The most famous of Keith’s guitars, his 1953 Fender Telecaster, nicknamed the ‘Micawber,’ was his 27th birthday gift from Eric Clapton. When asked why he named it so, he said, “it’s a unique name and unlikely to be confused with something else.”

The nickname likely originated from Charles Dickens’s novel, David Copperfield. He often plays it on songs like ‘Brown Sugar,’ ‘Before They Make Me Run’ & ‘Honky Tonk Women.’

It’s said that Keef took the guitar as a form of payment for a gig in America during the 70s, and as he liked it, he has played the guitar regularly ever since. He called it “dice” because of a dice sticker there when he got it. He still uses it for live performances of songs like ‘Midnight Rambler’ and ‘Out of Control.’

1958 Fender Stratocaster aka the “Mary Kaye.”

Named after “The First Lady of Rock and Roll,” the 1958 Fender Stratocaster was a gift from rock legend Ronnie Wood after the band’s 1982 tour. Although not known for playing the ‘Stratocaster,’ Keef has owned many of them.

Keef played this guitar in the late 80s until the mid-90s, mainly with X-Pensive Winos (his other band) and on Stones’ “Steel Wheels” tour.

He played standard tuned songs on the Steel Wheels/ Urban Jungle Tour with this guitar. He had a white one, a black one, and a sunburst model without tremolos and various pickup configurations.

After his mother Doris bought him an acoustic guitar for ten quid as a child, an adolescent Keef bought his first guitar, a Hofner Archtop, sometime in the early 60s. It was his first steel-stringed guitar, and talking about it, she said,

“My guitar, this time an f-hole archtop Hofner steel string, was Blue Boy–the words written on its face–and because of that I was Boy Blue. That was my very first steel-string guitar. You’ll only find pictures of it in the club gigs, before the takeoff. I bought it second hand in Ivor Mairants, off Oxford Street.”

Keith Richards and his Gibson Hummingbird(s)

Keef was first seen using a Gibson Hummingbird on live British television in 1966. He has owned different makes and models over the years. He experimented by tuning it to open D with a capo on and used it to record the melody of the song ‘Street Fighting Man.’

More recently, Keith has been on a Martin acoustic binge, giving the Gibsons a rest. He prefers the 1964 Martin 00-21 acoustic, kept in standard tuning.

After having most of his guitars stolen in a robbery of the Stone’s mansion, he commissioned Ted Newman to make him one. It was a custom-made five-string guitar with a short neck and 21 frets since Keith usually liked to play only the five strings leaving the low E string off.