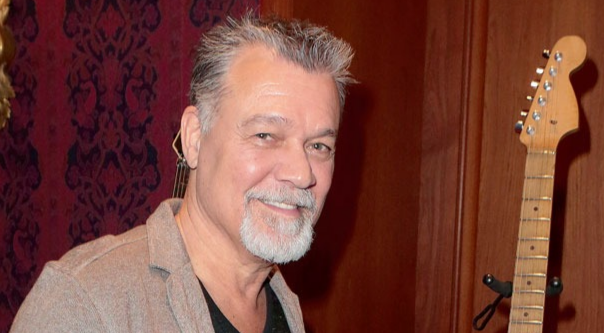 Ranked #8 on Rolling Stone’s list of the 100 Greatest Guitarists, Eddie Van Halen is one of the most influential and talented guitarists alive. Eddie redefined what electric guitar could do with his seemingly fast hammering and two-handed tapping techniques, often compared with Jimi Hendrix.

The 63 years old artist, Van Halen founder & guitarist, is still doing what he did best 40 years ago, and he is also rumored to be on Van Halen’s 2019 Farewell tour. With an estimated net worth of $100 million, Eddie hasn’t stepped down from buying a guitar.

Honoring his legacy, today, we bring you a list of guitars Eddie has collected so far.

Based on the Ibanez 3904, 1960s Teisco Del Ray WG-4L is Eddie’s first guitar, which he bought for $110 with four pickups. He played this guitar for around three years before discovering Frankenstrat.

Eddie built this guitar himself in 1974 and painted the whole body black. Later, he taped the body and repainted the entire body with white. The tape created stripes that we still see on Eddie’s guitar. He played it while recording Van Halen’s self-titled debut album and during their first tour.

Eddie bought this guitar before the band recorded their first album. The guitar went through the same process as Frankenstrat. He also removed unnecessary woods with a chainsaw, but the cut wasn’t smooth, leaving a few sharp teeth-like chunks of wood, which led to the guitar’s nickname, The Shark.

Eddie ordered this guitar before the band’s second album, Van Halen II, and its tour. He customized it by painting the body yellow and adding his signature stripes. He buried the guitar as a tribute to Pantera guitarist Dimebag Darrell alongside his vegetarian. Dimebag was murdered in 2004 during the Devastation Across The Nation tour.

He ordered this guitar after “The Shark” started sounding bad. DragonSnake was fitted with the black headstock neck, which was initially on the Van Halen II album cover. Eddie became bored with the Charvel “Explorers” and asked a carpenter to carve out a dragon biting a snake out of the body. This guitar was featured on the cover of Guitar World magazine in January 1981.

This guitar was custom-made by Paul Unkert while working at the Kramer Factory. Paul made only two guitars, one in red and another in yellow with Eddie’s signature stripes, and both were for Eddie.

It is one of few acoustic guitars owned by EVH. He played this guitar on The Downtown Sessions DVD, released in 2012.

He played this unique guitar while performing “Spanked” live. The top part of this guitar is 6-string bass, and the bottom portion is a regular guitar.