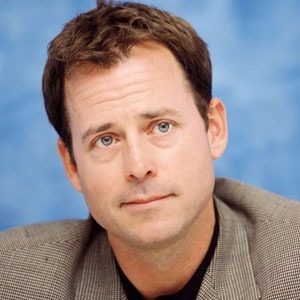 Greg Kinnear is an Indiana-born Hollywood actor and a well-known television personality. Greg is widely recognized for his performances in the Hollywood super hits, such as Nurse Betty, We Were Soldiers and Little Miss Sunshine. Besides, Kinnear is also known for his feats on numerous television shows – The Kennedys, Modern Family, and Rake.

Greg turned 53 last June. It has been a lot of time since he passed his lovely childhood and the whimsical teenage life. Greg did his high school from American Community School. After the early school life, Greg went to the University of Arizona. He graduated from this Arizona in 1985 with a bachelors’ degree in broadcast journalism. Greg had always been an articulate public speaker.

To talk about his film and television career, Greg started in the television world as an assistant on the television show What Price Victory I 1988. Then, Greg continued his journey into the television world until 1993. In 1994, he kicked off into Hollywood’s big screen as an anchor in the film Blank Man. In his early film career, he did movies such as You've Got Mail(1998) and Mystery Men(1999).

Greg continued his film career with a good start but he took the television career along the line as well. In 2000, he reappeared as Prince Gavin in the television series Happily Ever After: Fairy Tales for Every Child. Thereafter, Greg has been in numerous shows like Friends and Modern Family.

Looking at the film career of the star, we can clearly see that Greg has indeed been a successful personality. In the 2000s, he did a lot of movies. He would sometimes to more than three movies within a year’s time. In 2006, the persistent Kinnear did four movies namely Fast Food Nation2006, Little Miss Sunshine, Invincible, and Unknown.

His recent years have also been fruitful to his career.

On June 17, 1963, Greg Kinnear was born to father Edward Kinnear and mother Suzanne. He grew up with two brothers: James and Steven.

Greg is associated with a few movies and television show in 2016. He is even doing the role of Joe Biden in the movie Confirmation. Moreover, Kinnear is set to do the 2017 film Same Kind of Different as Me.

In 1998, Greg was nominated for the prestigious Academy Award for the movie As Good As It Gets. Besides, he has been nominated and won several trophies and awards in his lifetime.