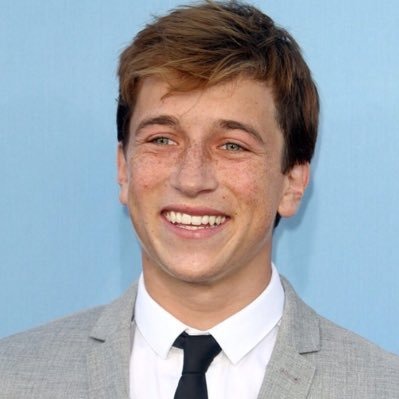 Skyler Gisondo is a well-known actor in Hollywood. Besides, he is also widely recognized for his performances in numerous television shows and series. Skyler is best known for his roles of Bryan Pearson on The Bill Engvall Show and Nick Daley in Night at the Museum: Secret of the Tomb. Though just 20 now, Skyler’s achievements in the acting world have been really promising.

Skyler Gisondo was born and raised in the Palm Beach County of Florida, United States. He attended a local school for his early academic involvement. After Gisondo graduated from the high school, he immediately joined the University of Southern California. He is probably in his junior year at the moment.

Skyler kicked off into the worlds of television and film in 2003. That year, Gisondo did Crazy Love as Spielberg’s Son and Comedy Central Presents: The Commies as Justin. He also appeared in an episode of Miss Match. Thereafter, Skyler has continuously excelled in his acting career.

In 2009 and 2011, Gisondo did the Buddies sequel as the voice of B-Dawg. Then, in 2012, he played the role of Howard Stacy in The Amazing Spider-Man. He reappeared as the same character in another sequel of The Amazing Spider-Man in 2014. The year 2016 has been very much productive for the 20 years’ old actor; three of his movies are released: Hard Sell, The GodMother, and Monkey Up.

To talk about his television career, Skyler has appeared in some series but only in a handful of episodes. Most of the time, he is only seen in only one episode of most of the series he has already done so far. In contrast, Skyler made it to 10 episodes in the 2012 television series Psych. Honestly, Skyler’s film career is far more efficacious.

On July 22, 1996, Skyler was born to father Ron Gisondo and mother Stacey Gisondo. Stacey Gisondo had always been very much supportive of his acting career.

According to the records, Skyler Gisondo is possibly single at the moment. Skyler, not even a college graduate yet, is intending to focus more on the career path.

Skyler is going to be cast in the main role of the 2017 television series Santa Clarita Diet. In the film side, he will be performing the role of Bernard Flannigan in Class Rank.

Gisondo was awarded Young Artist Award for Best Performance by a Youth Ensemble in a Television Series. He seems to be the future of Hollywood.