Skip to content
Home » Entertainment » What is Mythbusters Fame Grant Imahara’s Net Worth? What is he doing in 2018? 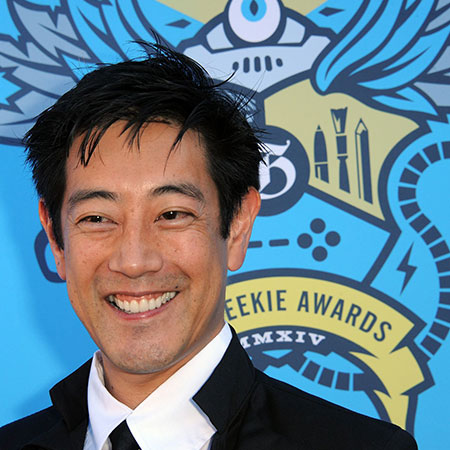 Grant Imahara, Kari Byron and Tory Belleci left Mythbusters, more than three years ago. But what are they doing now?

Are you a fan of  Grant and wondering what he’s up to these days?

Today E celebrity Facts is providing you information on his recent ventures.

Grant was first hired as an engineer for Lucasfilm’s THX division, but later went to work on the company’s visual effects division for nine years.

He specialized in electronics and radio control at the ILM Model Shop and also has credits on blockbusters movies including Galaxy Quest, Terminator 3: Rise of the Machines, Jurassic Park: The Lost World, and many more.

One of the three official R2-D2 operators in the US, Grant also had a hand in the movie, Star Wars.

He was approached by Jamie Hyneman and his ILM colleague Linda Wolkovitch, to join the ‘Mythbusters’ group in 2005.

He replaced the welder, Scottie Chapman and joined the Build Team of the show.

He specialized in operating computer and electronics that were needed for the mythbusting, and he often developed robots as well.

On August 21, 2014, Adam and Jamie, his co-hosts in ‘Mythbusters’ announced that Grant along with Tory Belleci and Kari Byron would be leaving the show.

But, he wasn’t giving up his television career; he along with colleague Tory and Kari, hosted the Netflix original series, White Rabbit Project.

In the show, the team investigated topics such as superpower technology, jailbreaks, heists and bizarre World War II weapons and explored through experiments, builds and tests.

The show, which was released on the Netflix streaming service on December 9, 2016, wasn’t renewed for the second season.

He used his robot, Deadblow, to compete on robot competition series, Battlebots.

He has been working as a consultant for Disney Imagineering since 2017.

Grant has been engaged to his longtime partner, Jennifer Newman since December 8, 2016, but they haven’t revealed about their plans of getting married.

As of 2018, Grant has garnered a net worth of approximately $2 million.