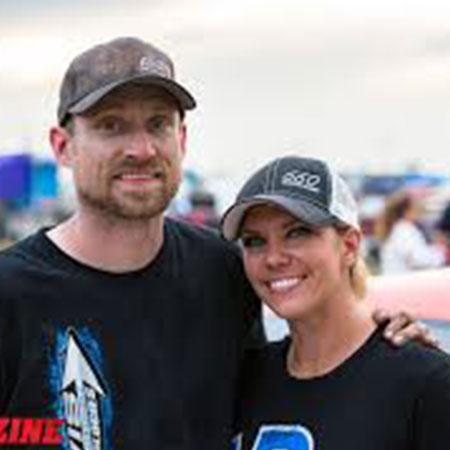 Kayla Morton is a street racer who appears in the Discovery reality show, Street Outlaws.

She is the daughter of a Pro Stock racer, Stanley Morton. The two co-own a machine shop, STK Specialities in Tulsa.

She began racing early with a 10-second, ‘78 Mercury Zephyr bracket car and later raced in Pro Mod competition in a ‘95 Thunderbird.

She first asked Big Chief and Murder Nova to Dyno a car for “her people.” Shockingly, a few days later, she showed up to drive it onto “The List.”

She aims to be the first female to make it to the top of “The List.”

A fierce racer, she has become an inspiration to girls who want to pursue a career in racing.

She has been dating a fellow racer from the show, Chris Hamilton aka Boosted GT and has a son with him.

She also has another son from her previous relationship.

The power couple often races with each other as well. She once hit a wall in March 2017 while racing with Boosted GT.