Grammy Awards: Harry Styles Got Bleeped for Praising His Rivals! 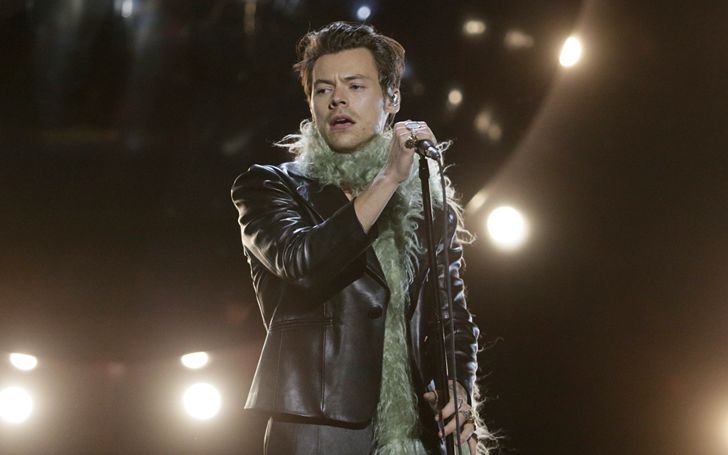 After landing the accolade in Best Solo Pop Performance, Harry Styles received his first Grammy Award for his hit single Watermelon Sugar. He also completed another aspect of the award-show bingo: being bleeped during his speech. Hilariously, it turned out that the censored moment of his speech was neither disrespectful nor controversial. It was, in fact, praise!

At one of the points in his speech, Styles honored the people who assisted him in recording the album. And then, for a few seconds, the broadcast turned off the audio. Typically, it’s representative of someone using foul language that isn’t permissible on primetime TV. And that was true in this case, too, but it was also in a really good context. And what did Styles say in the bleeped-out instant? He complimented the other candidates in the category along with him!

“I feel very grateful to be here,” he said. “All these songs are f$$king massive.” FYI, his rivals for the award included Justin Bieber‘s “Yummy,” Doja Cat‘s “Say So,” Billie Eilish‘s “Everything I Wanted,” Dua Lipa‘s “Don’t Start Now,” and Taylor Swift’s “Cardigan.” The other candidates could be seen clapping and cheering in the crowd, including Swift, who he famously dated a few years back.

Harry Styles’ Performance and Outfit were amazing to say the Least

Styles also played his now-Grammy-winning single to start the show, showcasing a jazzy, beautiful rendition of the chart-topper. He also rendered a change in style between that presentation and his acceptance speech a little later. Moreover, beginning the night with an open-front leather trench coat and a green boa. And then shifting into brown corduroy trousers, a striped V-neck jumper, a green plaid top, and another boa (this one in pale purple).

It’s certainly been a huge night for Styles. And it’s absolutely lovely that he took a moment to shout out the other great artists in his category. Furthermore, he was utterly hilarious that this was the moment that had him bleeped!