Skip to content
Home » Entertainment » What is Gold Rush Rick Ness Net Worth in 2020? Dating Rumors

What is Gold Rush Rick Ness Net Worth in 2020? Dating Rumors 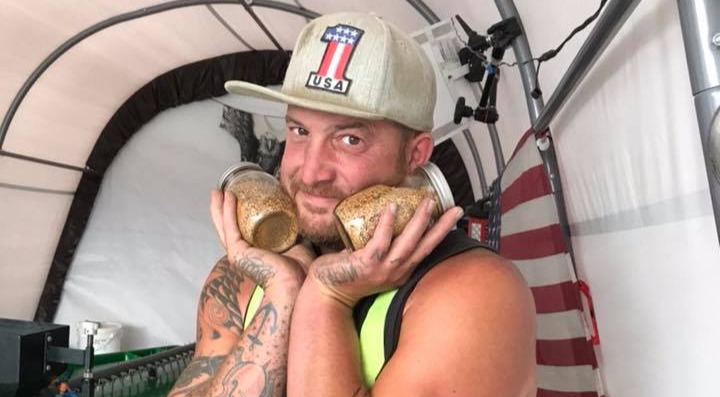 Rick Ness is no stranger to the fans of Discovery Channel’s hit reality TV show, Gold Rush. Rick, who started as a member of Parker Schnabel’s crew, has come a long way since appearing in the show’s third season.

Rick has his crew and holds the record for most gold hauled in by a rookie mine boss in the first year. Rick is not only a talented gold miner but is also a gifted musician. Let’s find out more about the 38 years old, Rick.

Rick Ness was born on 5 March 1981 to Richard Ness and Judy Marie Bedard. In Milwaukee, Wisconsin, he was raised alongside his twin brother, Randy Ness.

While in college, Rick was a football hotshot with a dream of becoming a professional footballer. Unfortunately, following a head injury, his playing career was stopped. He then began learning to play the upright bass and soon took up a career in music.

He soon became a member of The .357 String Band and Billy Cook, Derek Dunn, Jayke Orvis, and Joseph Huber. The band released three albums, including Ghost Town, Fire & Hail, and Lightning From the North.

When the band was performing at the Southeast Alaskan State Fair, Rick met Parker Schnabel from Gold Rush. Parker invited him to the show nine months after their confrontation, and Rick joined it during its third season.

Rick had no mining experience before joining the show but came from a construction worker family. He learned the skills required to adjust in no time. He proved himself to Parker by working as a capable excavator, rock truck, dozer, and grader operator.

Despite having a tight working schedule, Rick still spends quality time with his mother and twin brother.

On 20 March 2018, Rick announced that his mother had passed away after a long battle with brain cancer with a heartbreaking tweet,

“RIP Mom. 55 years young. She left us peacefully in her house and with my face resting against hers she took her last breath. It hurts. It’s not long enough. Cancer is the devil.”

Although Rick has not shared any news regarding his romantic life, fans did think he was involved with Gold Rush co-star Karla Ann. But the speculations were soon cleared off by Rick himself and called Karla the sister he never had.

The Gold Rush star has a pretty active Twitter and Facebook account. While he does share loving pictures with his twin brother, Rick has also been using Twitter to promote his clothing company, Rally, which sells sleeveless shirts with “Sleeves Are For Nerds” printed out in front.

With the gold mining business at its peak, Rick has an estimated net worth of $3 million as of 2020.  Rick, who loves seeking new adventures, is currently running Big Red, along with Schnabel and crew on their operation to bring in more gold than ever. Rick Ness is also a good golfer from gold mining and making music. He often posts pictures on his social media platforms of his gold games.