Skip to content
Home » Entertainment » What is Liesel Pritzker Net Worth? Liesel Matthews

What is Liesel Pritzker Net Worth? Liesel Matthews 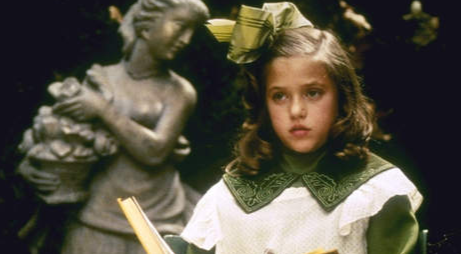 Member of the 7th richest family of America, child actress Liesel Pritzker Simmons better as Liesel Matthews made a bang when she appeared as Sara Crewe in 1995 drama movie, Little Princess. However, the popularity which was brought by acting was soon overshadowed by the popularity of a $6 billion lawsuit she filed against her parents in 2002. She is a former child actress and philanthropist.

Liesel, who is also popularly known by her stage name, Liesel Matthews, has a pretty strong stance when it comes to equality. If you’re curious to find out more about her life, and want to know about Liesel Matthews net worth, continue reading.

Liesel Anne Pritzker was born on March 14, 1984, to parents Irene and Robert Pritzker. She was named after the Sound of Music character Liesl von Trapp. She was raised beside her brother, Matthew Pritzker and three half-siblings from her father’s first marriage.

Liesel graduated from New Trier High School in Illinois. To continue her acting career from New York, she then began attending classes at Columbia University.

Liesel got a kick start acting career from production of To Kill A Mockingbird in Chicago as Scout. After being selected among 10,000 girls, in 1995, she starred in Alfonso Cuaron’s remake of A Little Princess as Sara Crewe.

Liesel began using her stage name, Liesel Mathews, to honor her brother and also to avoid the conflict of whether or not it would be appropriate to use her stepfather’s name and be called Liesel Pritzker-Bagley.

She portrayed the role of the president’s (played by Harrison Ford) daughter in Wolfgang Petersen’s 1997 action thriller Air Force One. The actress has also won a Theatre World Award for her performance in Vincent in Brixton. In 2002, she made her stage debut in Neil Labute’s play The Distance from Here at the Almeida Theatre in London.

Being born to one of the wealthiest families in America, Liesel always chose a simpler life.

But after finding out that her father and cousins looted her and her brother’s trust funds, she filed a lawsuit, alleging it to be heinous, obnoxious, and offensive as to constitute a fraud.

In 2002, during her first year as a Columbia University student, Liesel went on and filed a $6 billion lawsuit against her father and all of the Pritzker cousins. She claimed that $1 billion had been taken out of their funds and demanded $5 billion in punitive damages.

In early 2005, the lawsuit was settled and the process of splitting the family fortune in eleven ways began. Liesel and Mathew received payouts of $500 million each, including $280 million in cash. They were then given more control over other trusts valued at about the U.S. $170 million each.

Being the center of highly publicized drama did not go well for Liesel in terms of her College life. She took a leave from the university and went to India and volunteered with kids and taught yoga to recovering heroin addicts.

Following India, she went to Tanzania and worked in a poorly funded microfinance office. Three and a half months later, she returned to America and used $50 million of her lawsuit money to open a non-profit organization in 2008.

She donated $4 million to Opportunity International in June 2009 to help expand microfinance services in Africa. The 35 years old philanthropist is the co-founder of the IDP Foundation, Inc and Blue Haven Initiative.

In 2011, Liesel married the heir of Erie Canal, Ian Simmons. Her husband, Ian, is one of the founders of the Blue Haven Initiative. The couple don’t have any kids as of now. They currently reside in the Boston, Massachusetts area.

Liesel, who is also the heiress to the Hyatt hotel fortune, has an estimated net worth of $500 million as of 2020. She hasn’t yet received any money from her family, so all the money she has now is of lawsuit and other ventures.

Liesel Matthews is quite private about her personal life. She is not very active in any social media platforms. She has Instagram account, a Twitter account and a Linkedin profile but is not active any one.