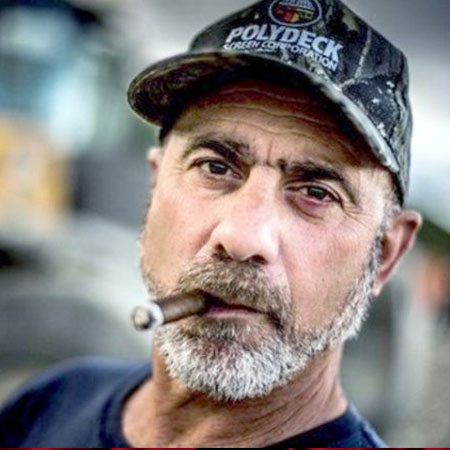 He initially worked for the Hoffman crew but joined Parker Schnabel at Scribner Creek Claim in season 4.

Here are some interesting facts about Chris Doumitt

Chris has his own line of Cigars

Everyone knows that Chris is always seen with a cigar in his mouth. But only a few know that he has his own line of cigars.

The Doumitt Cigar, which is produced at the award-winning Tabacos Valle de Jalapa S.A Cigar Factory in Esteli, Nicaragua, was first released in Christmas 2017.

He taught firearm safety to the police

Apart from smoking cigars, Doumitt has incredible weapon skills; mostly because he loved playing with weapons when he was young.

According to his fellow cast member, he has taught firearm safety to the Sandy Police Department in Oregon.

He is a Wine Connoisseur

From being a carpenter to having his own line of cigars, Chris has tried his hand in everything that he has come across.

He is also a winemaker and connoisseur. He calls it his “hooch” or his “private label” to make sound cool.

Chris is a perfect family-man

Moving away from his professional life, Chris has actually been married for over 45 years with his wife, Sharon.

Chris shares two children, a son, Jason, and a daughter, Heather, with her.

Chris was initially brought into the show as a carpenter to build a cabin for his friend, Greg Remsburg.

Though building it took only ten days, Chris stayed for the entirety of the show thanks to his charismatic personality.