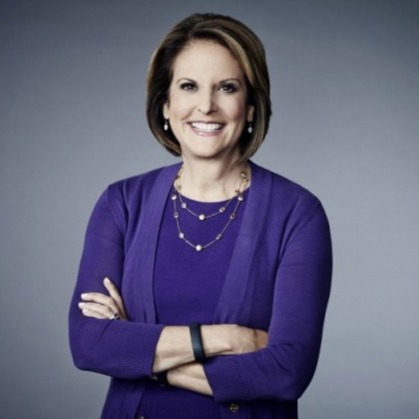 Gloria Borger is a renowned American political expert, journalist, and also a columnist. Having previously worked forU.S. News & World Report magazine as a contributing editor and columnist, she is presently the chief political analyst for CNN.

In the beginning days of her career, Gloria had served for U.S. News and World Report Magazine as a contributing editor and columnist. She was also the chief congressional correspondent for Newsweek.

Gloria also served for CBS News’ the national political correspondent. She brilliantly served as a contributor for CBS’s programs such as; Face The Nation, 60 Minutes II, and several other event coverage of CBS.

In September 2007, Gloria joined CNN News. Gloria appears in the various show of CNN. Nowadays, she is on the show called The Situation Room with Wolf Blitzer, The Lead with Jake Tapper, and in many other CNN’s primetime programs. During her career, Gloria had got many chances to cover major political and breaking stories.

Some of the major coverage; the hunt for Osama Bin Laden, the investigation of the Boston Marathon Bombing, the 2013 government shutdown, the 2014 midterm elections, and the start of the 2016 presidential election.

For her brilliant and distinguished job, Gloria has been awarded several times. For her 2013 program, Marriage Warriors: Showdown at the Supreme Court, Gloria got a National Headliners Award. Likewise in 2010, she got an Emmy nomination for work in The Odd Couple.

Moving onto her personal life, Gloria was married to Lance Morgan, who is a public relation executive. They have a son, Evan Morgan. The Morgan family resides in Washington, D.C. Her daughter-in-law, Mary Huntsman, is the daughter of former Utah governor, Jon Huntsman Jr.

Along with anchoring, Gloria has also been writing a regular column for CNN. Gloria Borger has a reserved personal life, but if you want to follow her career, then you should follow her @GloriaBorger on Twitter.