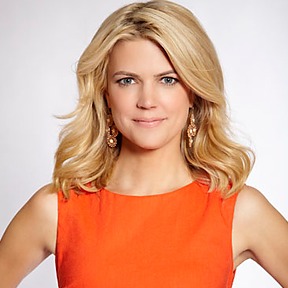 Her father, Walter Stark, was an eye surgeon at Wilmer Eye Clinic at the Johns Hopkins Hospital. Melissa Stark married her husband, Mike Lilley, on November 11, 2001.

From their marriage, Melissa and Mike are now parents to four children. Presently, she lives with her family in Rumson, New Jersey. The family also owns a residence in Sea Bright in New Jersey.

The beautiful and talented sportscaster is presently a part of NFL Network and working as a sportscaster. Melissa is quite active on social media and keeps her fans updated on her life on her personal profiles on Twitter and Instagram. You can follow her on both sites @melissastark.

Melissa Stark is a well-known television personality who is well-known as a sportscaster on the NFL Network. A former correspondent for NBC Network, she is famous for her stint for Monday Night Football.

She was born on November 11, 1973, in Baltimore, Maryland. Melissa attended the University of Virginia from where she received a degree in Foreign affairs and Spanish. While she was a student in the college, she was also a member of the Kappa Alpha Theta sorority. As soon as she accomplished her education, Melissa joined at WMAR-TV.

After that, Melissa got the chance to be the part of ESPN. Initially, Melissa served as a production assistant and reporter for Virginia Sports Marketing in1994 and 1995.

Then, in 1996, she became the host of the weekly program Scholastic Sports America. Through this program, Melissa got a chance to travel across the US covering high school and college sports. She hosted ESPN network’s SportsCenter from 1996 to 2003. She hosted some popular shows like Sunday NFL Countdown and Outside The Lines which is an Emmy Award-winning show.

She covered some major leagues like National Hockey League, NCAA Basketball while in ESPN. In June 2000, she joined ABC Sports as the lead sideline reporter for ABC’s sports’ Monday Night Football.

She once appeared as a guest host for the program The View and has been a co-host for ABC’s 2001 pilot presentation of The Runner. Melissa joined NBC News and Sports as a National correspondent for The Today Show in 2004 and, as an anchor for MSNBC Live.

She left NBC’s The Today Show and MSNBC Live in 2006. She joined NFL Network and hosted First On The Field in 2012. In this way, Melissa has worked and collected experiences from different distinguished Sports Channel.