Gizem Soysaldi and her happy married life, Meet her husband and son 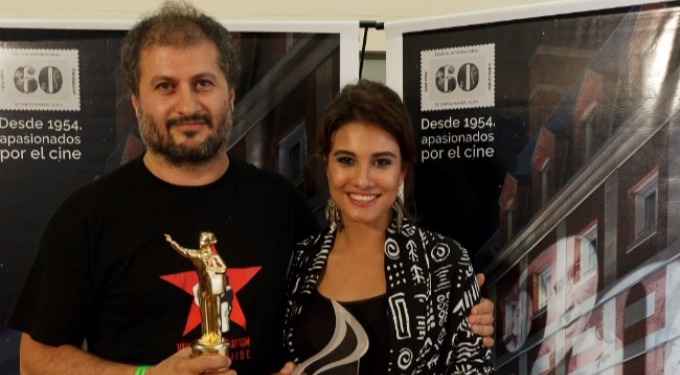 Gizem Soysaldi has been married to Huseyin Karabey since 2012. The couple is living a happy life with their son Taylan.

However, Soysaldi married a man before her current husband. And that did not go well for Gizem. Learn about Soysaldi’s marriages down below!

Gizem tied the knot with the Turkish actor and director Huseyin in 2012. They married in a private ceremony held in Barcelona’s first week of August 2012.

Putting the couple in the seventh heaven, their baby boy arrived on 20th April 2015. Huseyin has been supporting her in every high and low. She often shares photos of her cute son and her experience as a mother on Instagram.

Gizem had a lousy fallout with her first husband, Halit Ergenc

Gizem was married to an actor Halit Ergenc for nine months between 2007 and 2008. They met for the first time on the beach in Foca while Halit was filming The First Love. The pair had their first meeting in September 2006 and exchanged wedding vows in June 2007.

Though she had planned her marriage only after the thirties, Ergenc’s love and insistence couldn’t stop her from saying ‘I Do’ at 22. Accepting his proposal, she said, “Yes. I can’t think of anything other than my love for him.” Halit also didn’t hesitate to show his love towards her leaving the sticking romantic notes on every side in the morning.

After Halit asked her for a divorce, she cried a lot, but she stayed strong for herself and took a decision. She said that she had changed her life for him, but he took her to the top of a skyscraper and threw her down. Her mom, who had tried to convince her not to hurry to get married, was miserable seeing her daughter’s shattered life.

Gizem was pregnant after their divorce and ended up at a psychiatric hospital. Moreover, she attempted to take her life away in Istanbul after.

“It had been very difficult from the ground, but all the pain I have experienced has made me the present,” said Gizem. Now, she considers that the divorce was the start of her new life.