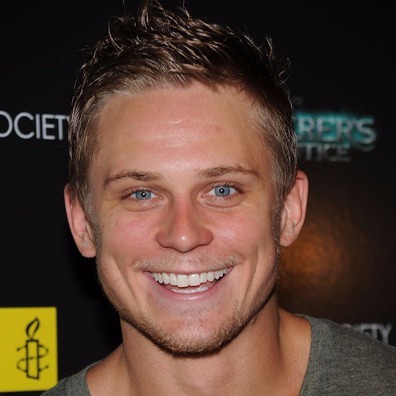 Billy Magnussen and his early life

Billy Magnussen was born as William Gregory Magnussen on April 20, 1985, in Woodhaven, Queens, New York, to an aerobics instructor, Daina and a professional bodybuilder and kickboxer, Greg Magnussen. Magnussen has two younger brothers.

Magnussen made his acting debut in 2007 with an appearance Broadway play,  The Ritz. He continued with minor roles in movies like Blood Night: The Legend of Mary Hatchet and Happy Tears until he obtained his first starring role as Claude in the movie Twelve (2010).

In 2011, he appeared in two movies, including The Lost Valentine and Damsels in Distress. He starred in an independent feature film Surviving Family in 2012.

After several years, he returned to the stage. Billy played a role as Spike alongside Sigourney Weaver and David Hyde Pierce in the play Vanya and Sonia and Masha and Spike, which premiered at the McCarter Theater and then at Lincoln Theater and John Golden Theater 2012. Furthermore, Magnussen was nominated for Tony Award for Best Featured Actor in a Play for his role.

In 2014, he starred alongside Anna Gunn in an off-Broadway production of the critically acclaimed play Sex With Strangers. That year was considered the turning point in his career when he got his most excellent exposure as Rapunzel’s Prince in the fairy tale movie Into the Woods. MacKenzie Mauzy played Rapunzel, and he played her prince in the film.

He has recently appeared in films like Bridge of Spies, The Big Short, Birth of a Dragon, Ingrid Goes West and others. He will be seen as Ryan in Game Night in 2018 alongside Jason Bateman and Rachel McAdams.

Besides acting, he is also passionate about music. He once contributed as a bass player and songwriter for The Dash’s NYC-based rock band. Now, he plays guitar in another band named Reserved for Rondee.

Over the years, speculations have arisen over his sexual orientation. He has starred in a few gay-themed plays, including The Ritz and Vanya and Sonia and Masha and Spike. Perhaps, his reel-life roles have led to rumors of him being gay. But he has never spoken anything about it.

He flaunted his biceps and six-pack abs while performing his role as Spike in the play. Likewise, he was seen shirtless in the latest movie Ingrid Goes West.

Neither has he shared his love life with fans, nor has he ever been spotted with any woman in public. Apart from his career, his fans are curious about him as his girlfriend. After seeing Billy and MacKenzie Mauzy’s chemistry in Into the Woods, fans have thought that they might be dating in real life.  But they haven’t reacted to fans’ assumptions.