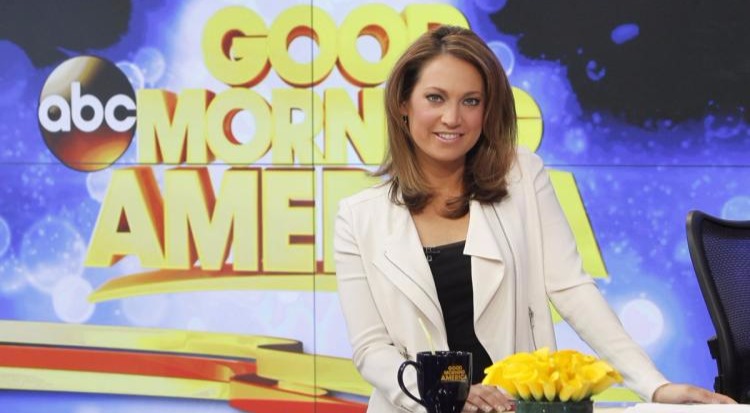 Ginger Zee thought of becoming a meteorologist at a young age. Once she stated, I saw a waterspout on Lake Michigan when I was eight. I thought it was the coolest thing I had ever seen. And later, she also talked about her goal of majoring in meteorology at Valparaiso University was to be a part of The Today Show on NBC.

Ginger Zee and her Career

Afterward, she also had a short stint on NBC-owned station WMAQ in Chicago, Illinois. That is where she earned national interest and could make an appearance on MSNBC. Moreover, she also became a guest host of Storm Chasers on The Discovery Channel.

During her 6-year-long tenure at WMAQ, she was asked to fill in as a guest meteorologist on The Today Show’s weekend edition. Now, an AMS Certified Broadcast Meteorologist is working on ABC News.

On December 2, 2013, ABC News announced that she would be a chief meteorologist for Good Morning America and a weather reporter for ABC News. She succeeded Sam Champion, who left for The Weather Channel. Now, she reports across network’s all broadcasts & digital platforms.

Since being a part of ABC News, she has covered major weather events and numerous historic storms. She broadcasted from the Jersey Shore during Hurricane Sandy, the Colorado floods & wildfire and covered the devastation from tornados in EI Reno, Oklahoma, and Moore.

Adventure-loving Ginger never hesitated to take a risk as she covered extreme weather conditions ranging from the record-breaking heat in the Death Valley to the Boston blizzard.

An Emmy-winning meteorologist took part in the 22nd season of ABC reality show Dancing with the Stars as a celebrity competitor in 2016. Paired with a professional dancer, Valentin Chmerkovskiy finished in 3rd place. She went to compete in the reality contest just months after giving birth to her son.