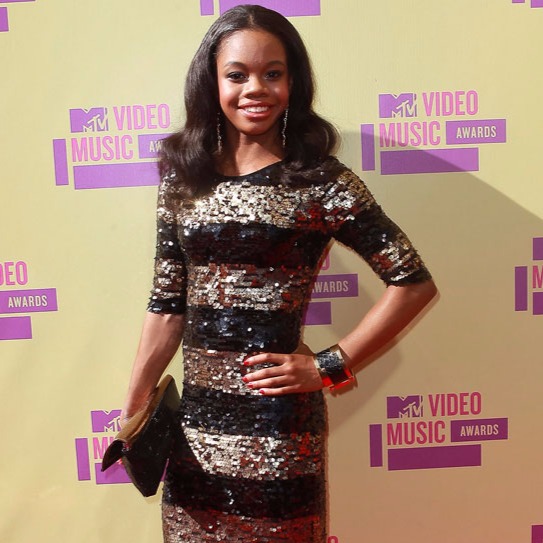 Nicknamed as “Flying Squirrel”, Gabby Douglas is a young American artistic gymnast who has taken the world by storm with her all-around gymnastics skills. She is best known for her performance in the London Olympics 2012 where she bagged two gold medals. Currently, 21, Gabby is destined for greatness in her visible future.

Gabrielle Christina Victoria Douglas was born to military personnel father Timothy Douglas and mother Natalie Hawkins on December 31, 1995. She was born and raised in Newport News, Virginia along with three older siblings, brother Johnathan and sisters Joyelle & Arielle. When she was six, her older sister motivated her and inspired their mother to let her join gymnastics classes. And she began training at Gymstrada in 2002.

When she was six, her older sister motivated her and inspired their mother to let her join gymnastics classes. and she began training at Gymstrada in 2002. 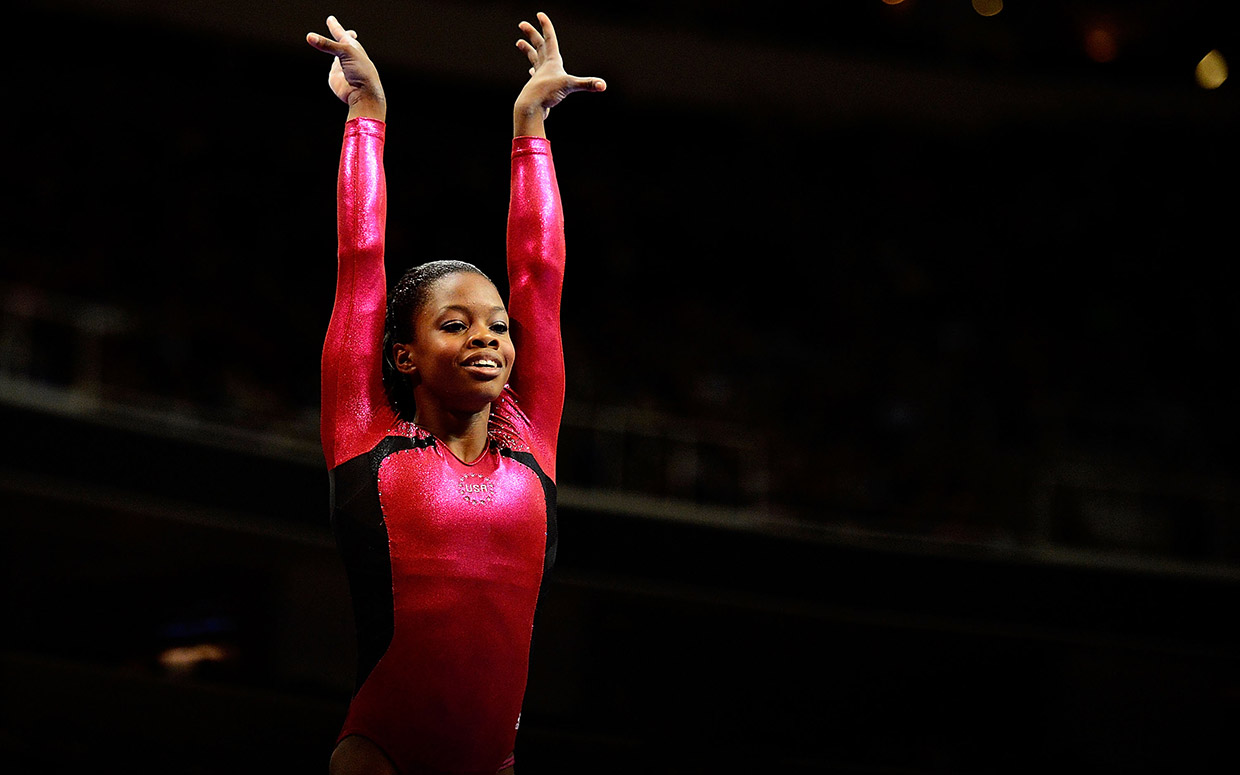 She won Virginia State Championships, Level 4 all-around gymnastics at the age of 8. Then, she headed Dis Moines, Iowa as a 14-years-old for full-time training with coach Liang Chow. As her family couldn’t move with her for the sake of her siblings’ studies, she had to stay with Travis and Missy Parton’s family in Iowa. Douglas was raised as a Christian and her family also followed some of the Jewish traditions.

Gabby made her first national appearance in 2008 at US Classic in Texas where she was ranked 10th in all-around performance. She suffered a blow in 2009 when she fractured the growth plate of wrist. After recovery, she took part at Visa Championships, where she competed on only balance beam & floor exercises as she could not perform full routines.

Gabby’s first elite meet was the Cover Girl Classic 2010 where she placed sixth on vault, third on balance beam and ninth on all-around. She won her first silver medal for balance beam in U.S. Junior National Championships, where she placed fourth all-around and on vault and eighth on floor exercises. She won a gold medal for the U.S. team in Pan American Championships held in Mexico the same year and place fifth on all-around. It was then, she moved to Iowa.

In 2011, Douglas shared in the team gold medal at City of Jesolo Trophy, Italy and placed third on beam, second on floor and fourth in all-around and vault. In the same year, she won a gold medal as a team at World Championships in Tokyo. 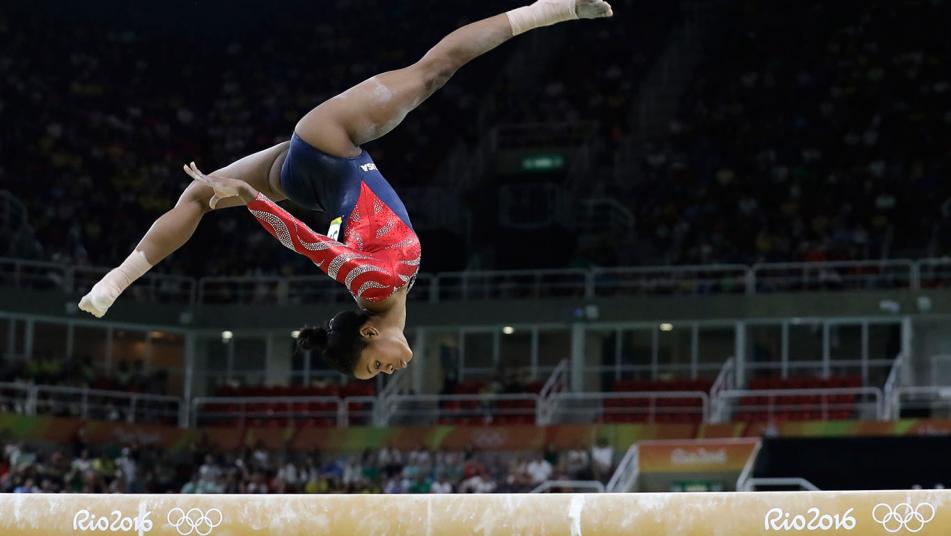 During 2012, Gabby was at the prime of her gymnastics career. She received the highest total all-around score in women’s competition at Madison Square Garden. Later in March, she won gold in uneven bars and as a team at Pacific Rim Championships. In June, she won multiple medals at National Championships, where she finished first on uneven bars, second on all-around and third on floor.

In 2013, she moved to Los Angeles with her family but later returned to Iowa a year later to prepare for 2016 Olympics with coach Chow. After a rough couple of years and some time without a coach, she was selected in the national team in November 2014. In 2015, she once again won gold for the team at City of Jesolo Trophy and World Championships.

In 2016, she continued with the gold medal for the team at Jesolo, this time also winning a gold for all-around. Rio Olympics 2016 brought another gold medal victory for her which became her 3rd Olympic gold medal. She won two consecutive gold for her country at the Olympics.

What is Gabby Douglas doing now?

Gabby, 21, is currently single. And according to her, she is currently too busy to have a boyfriend. She gets plenty of support from her siblings and outspoken mother. Love from the family has helped her overcome chains of problems in life including abuses and criticism from people. 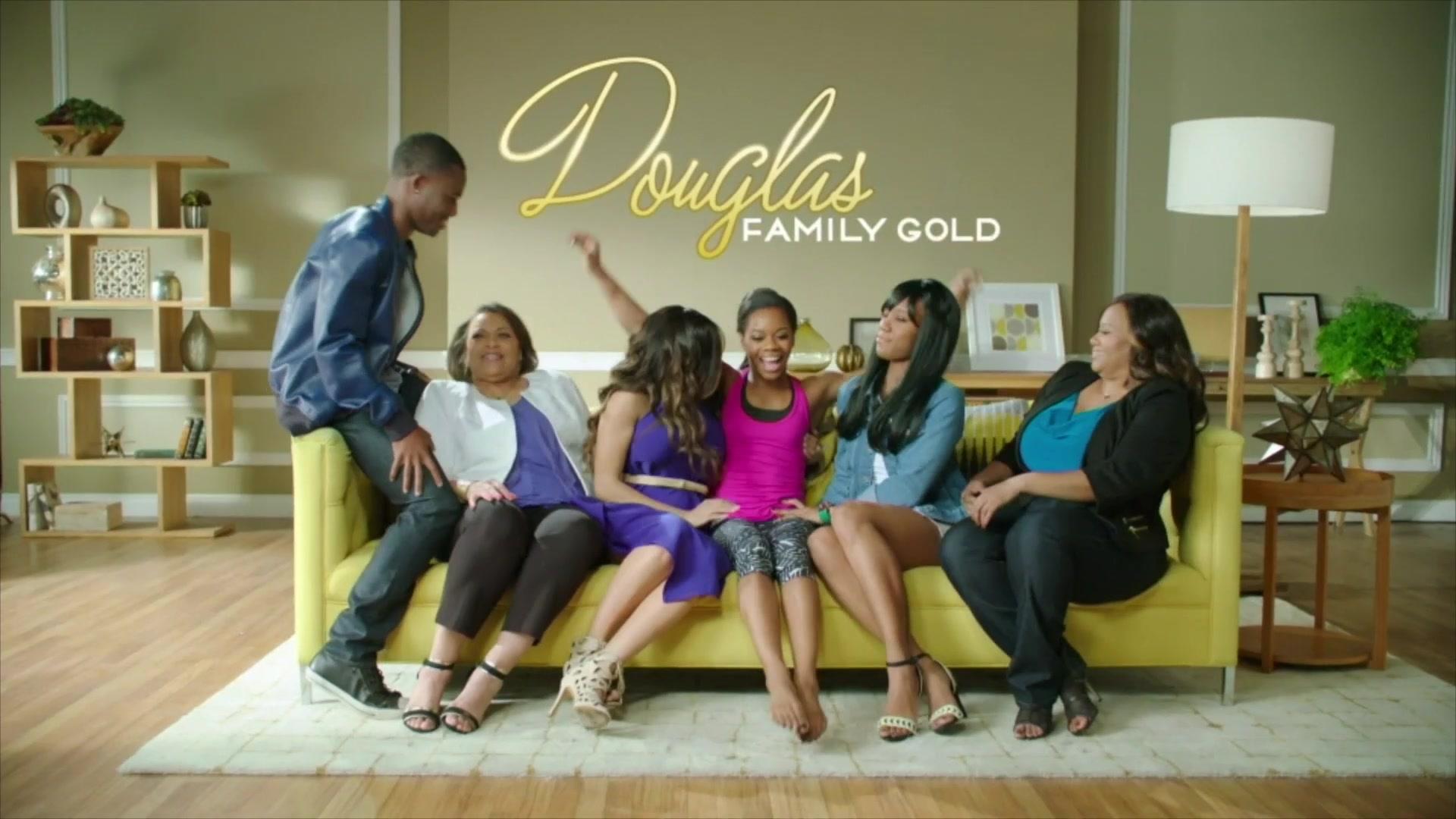 In 2012, she was named Female Athlete of the Year by Associated Press. She also received two BET Awards for her accomplishments in 2013. Currently, Gabby Douglas has been practicing under Christian Gallardo at Buckeye Gymnastics.

In 2016, Barbie honored her accomplishments by making her action figure, which can be bought from official Barbie store.

Gabby also stars in her own reality show Douglas Family Gold, which features her and her family. She has released two books, Grace, Gold and Glory: My Leap of Faith and Raising The Bar.