Skip to content
Home » Entertainment » Erin Andrews’ Cancer Has Made her Marriage with Jarret Stoll Even Stronger! 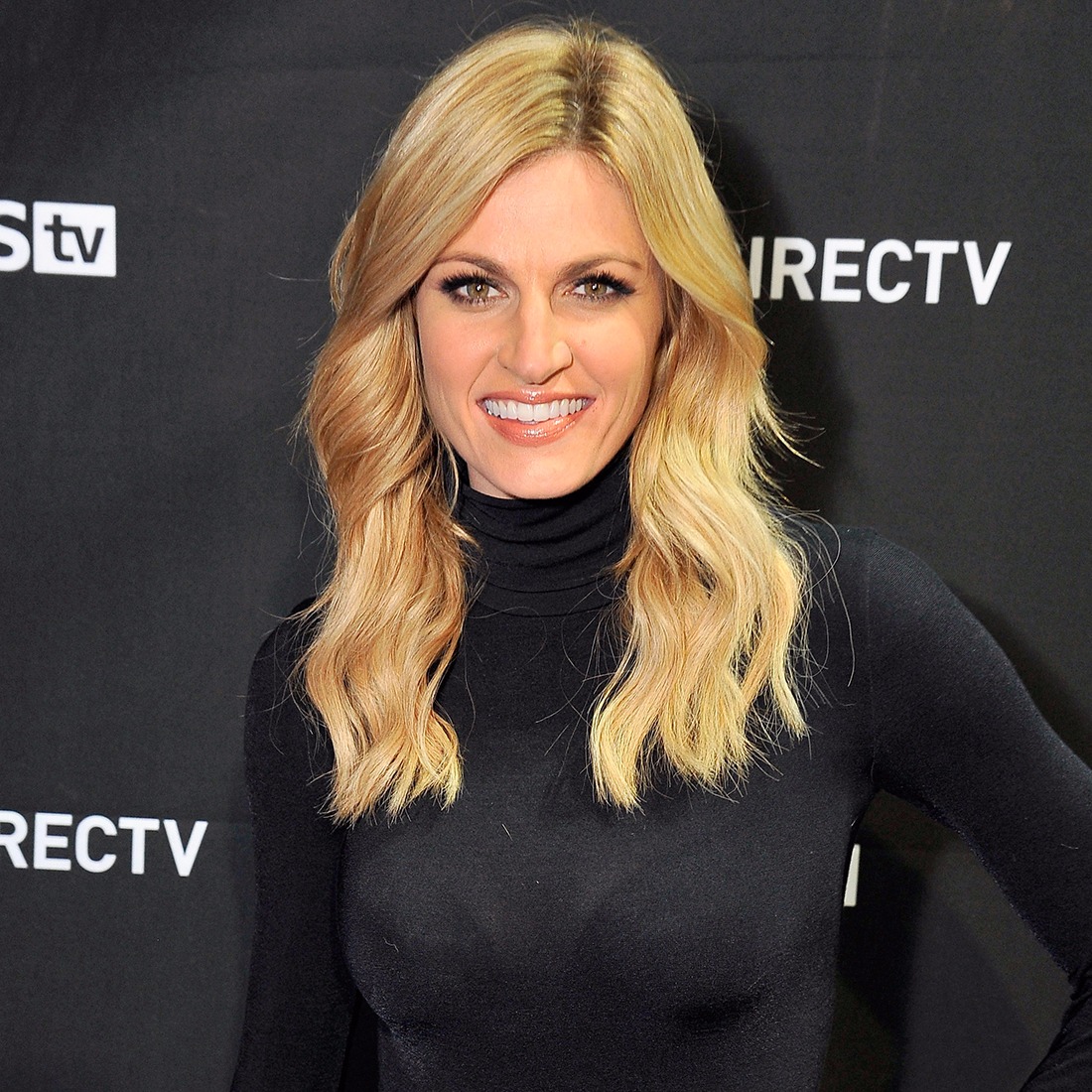 Erin Andrews is an American sportscaster and television personality, who has been on media eye not for her booming career but also for her relationship with Canadian Ice hockey player, Jarret Stoll. Read on to know more about their married life.

Erin met Jarrett in 2012 through their mutual friend, Michael Strahan and have been going strong ever since. They quickly hit it off and started dating. They got engaged in December 2016 when the two-time Stanley Cup winner popped to her the biggest question at Walt Disney World. 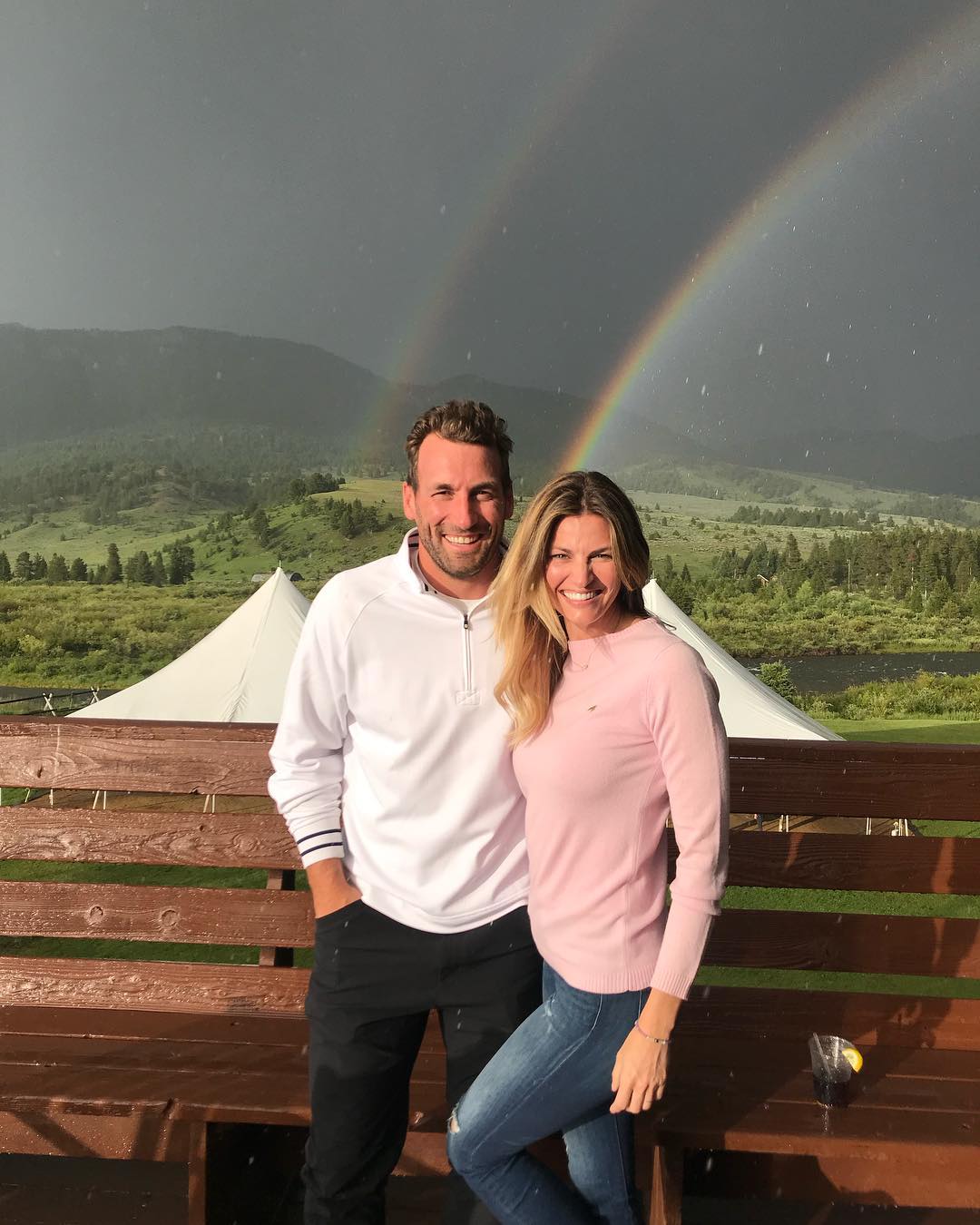 They tied the knot on June 24, 2017, on Jarret’s birthday, at Yellowstone Club in Big Sky, Montana in front of an intimate group of friends and family, including Michael Strahan and Joe Buck. They have been leading a blissful married life with plenty of traveling, romantic dates and quality time with their pet dog, golden retriever Howard.

Being together for about five years and with their second wedding anniversary nearing, they have been exemplified as one of the most notable sports couples. However, they have their fair share of ups and downs. 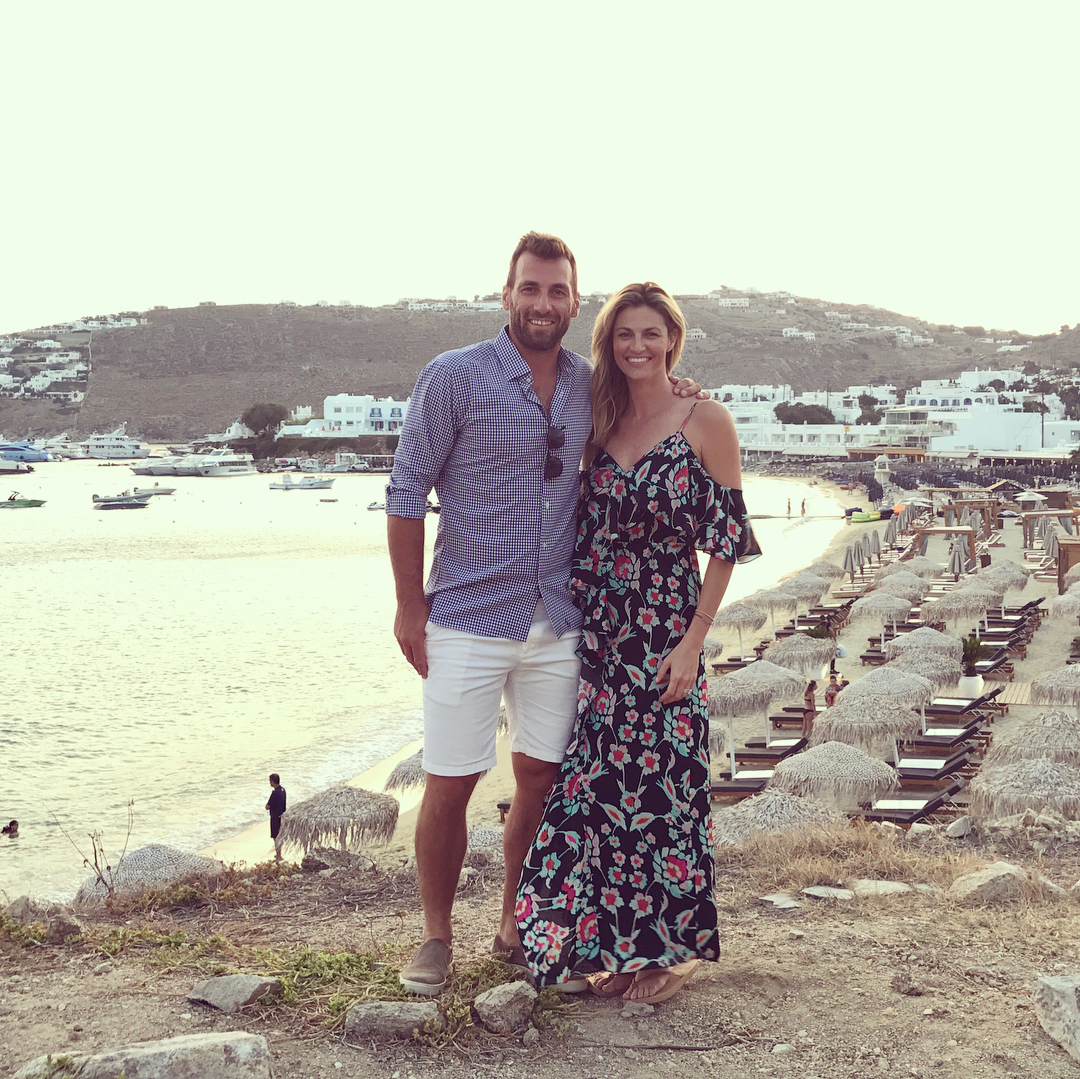 Erin’s cervical cancer diagnosis in September 2016 took a toll in their happy couple life. Now, she is cancer-free and leading a healthy life. Her ailment didn’t shatter them but made them even stronger.

She shared the news five months after the diagnosis. After learning about her ailment from her gynecologist, she said,

“Uh, what?’ That was what went through my mind. It was football season and when you hear from your doctor on a Saturday it’s not good. It’s like, ‘Oh boy what’s this text coming in?’ I think a whole numbness went all over my body. I couldn’t feel my arms for a hot second, I ran out of the conference room I was in, took the call, got my family on it, and I was just like, ‘What are you saying?’ I do remember saying that to my gyno at the time, saying, ‘What am I supposed to tell my family?”

More than anything, she became sad that she would be unable to work that year and was going to miss Dancing with the Stars and Super Bowl. She underwent two surgeries in the course of treatment. However, she was determined to not slow down, getting right back to work with the support of her husband. She returned to cover a matchup between the Green Bay Packers and the Dallas Cowboys just three days after she underwent surgery following her diagnosis.

Erin loved Jarret’s competitive mode and confidence that they can beat cancer. She said,

“I think if anything it got us stronger. He went to a lot of doctors’ meetings, saw a lot of diagrams and sat there. And this is a guy who cares about winning face-offs and winning penalty kills and so forth, and he was like, ‘We got this, we got this.’ It made conversations about having babies very real and candid for him and our life and everything. So he was amazing.”

After her tough battle, she has decided to be public about the whole thing and decided to share her story.

Do Erin and Jarret have any children? 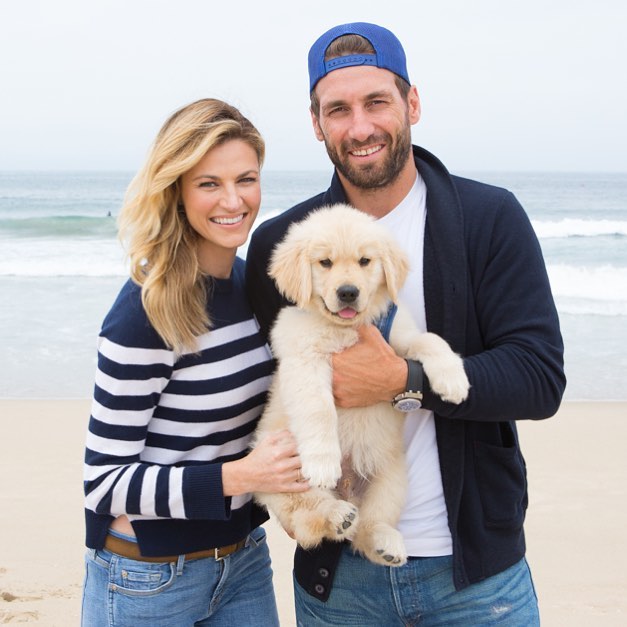 Even after the tough cervical cancer battle, Erin is capable to have a baby as she didn’t need to undergo a hysterectomy. She has expressed a strong desire to have children. They got a golden retriever a month before getting married and named it Howard. It has been like their baby and they often share pictures on social media. They once considered having a baby through In Vitro Fertilization (IVF).