From married woes to divorce drama! Jocelyn Wildenstein life with former husband Alec N. Wildenstein has been a roller-coaster ride. How many children do they share? 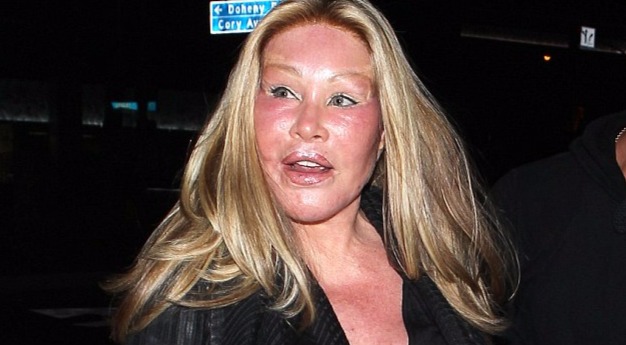 Jocelyn Wildenstein and her ex-husband Alec N. Wildenstein’s married life gained a wide media coverage, so did their divorce. They share two children.

Jocelyn is a popular New York socialite who had a great starting. While growing up in Switzerland, she became a skilled hunter & pilot & while at a shooting range, she met her now ex-husband, Alec Wildenstein.

Since her ex-husband adored catlike appearance, it was he who beckoned her to start having cosmetic surgery. Also recognized as the “Lion Woman of New York”, the story behind her multiple plastic surgeries is a sad one.

She was just trying to win back her husband. Unfortunately, it had the opposite effect, & her husband, whom she was trying to impress, was known to have screamed in horror upon glancing her doctored face for the first time.

From Bad to Worse: The crazy life of millionaire socialite Jocelyn Wildenstein

Jocelyn Wildenstein, aged 60, is equally known for her divorce settlement as she is for her millions of dollars worth of plastic surgery. Earning the nickname ‘Catwoman’, Jocelyn is absolutely embracing the title.

The messy, scandalous & lengthy divorce proceeding between Jocelyn & Alec can be considered as one of the most expensive divorces in legal history as she was awarded $2.5 billion as a settlement & reported to receive $100 million each year for the following 13 years.

Also, the Swiss-born socialite is globally-renowned for spending more than $4 million of her divorce settlement amount to alter her features in order to look feline.

The craze of plastic surgery started back in the 1980s after meeting her would-be husband Alec Wildenstein. Jocelyn and Alec fell in love & married when they were in their 30s, however, they divorced in 1999. Jocelyn and Alec have welcomed two children named Diane & Alec Jr.

Alec, a renowned & wealthy art dealer, was always fascinated by cats & in an attempt to impress her husband, Jocelyn had multiple plastic surgeries, costing a cumulative $2 million.

Unfortunately, the surgery had the opposite effect, leaving her to be amongst the worst cases of plastic surgery. Following that, Jocelyn found her husband cheating with a 19-years-old Russian model & she sued for divorce.

Someone should have warned Jocelyn Wildenstein that too much of anything can destroy you.

As the years have passed, the 60-year-old has had so many plastic surgeries that her face looks completely different & has become distorted. It’s hard to say if Jocelyn has been attempting to correct certain processes or if she’s just too addicted that she can’t stop.

Jocelyn might have undergone a facelift, chin augmentation, upper/lower eyelid surgery, brow lift, fat grafting/cheek implants, & canthopexy, a procedure that uplifts the eyes to give a catlike appearance.

The socialite’s divorce drama created quite a media buzz in 1999. Jocelyn Wildenstein has remained in the news for her extreme amount of plastic surgeries but she’s been able to keep her children away from the limelight.