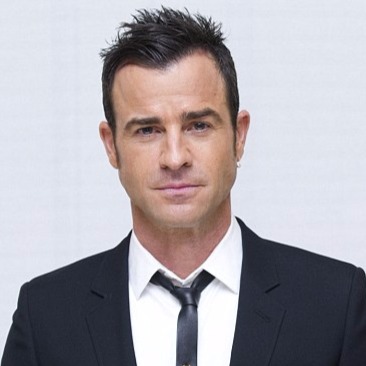 A splendid actor who needs no introduction, Justin Theroux, is widely perceived as showing off outstanding acting skills in the movies Mulholland Drive and Inland Empire.

He is also popular for delivering a brilliant performance in HBO television series The Leftovers. Theroux has been nominated at several awards ceremonies like People’s Choice Award, Critics Choice Television Award and Dorian Awards for his magical execution of the character as Kevin Garvey in The Leftovers.

Phenomenal actor, Justin Theroux was born on 10th August 1971 in Washington, D.C., United States of America. He belongs to a mixed ethnical background of French Canadian and Italian from his father side. He received his graduation degree from Bennington College in 1993.

Justin started acting while he was studying at Buxton School. He made his movie debut in 1996 with an appearance in the American-British Independent movie titled I Shot Andy Warhol. Initially, he appeared on several Broadway shows.

In his early acting career, he has acted in numerous movies such as Below Utopia, Body Count, Dream House, Frogs for Snakes and Dead Broke. In 2000, he got one of his earliest breakthrough role in the movie titled American Psycho.

Theroux rose to prominence with his brilliant performance as Adam Kesher in Mulholland Drive. He began to impress with his extra ordinary performance in other movies after Mulholland Drive such as The Sleepy Time Gal, Zoolander, Charlie’s Angel: Full Throttle, Duplex, Happy End, Strangers with Candy, The Baxter and Miami Vice. He received wide popularity when he got casted as Devon Berk and Billy Side in 2006’sInland Empire.

In addition to his acting career, he also tried his hand at directing movies. His first directorial venture came in 2007 withThe Ten. Later, he wrote and produced several movies like Tropic Thunder and Megamind.

Justin has been more popular in small screen. His most appreciable television roles came in Sex and the City, The District, Six Feet Under and Parks and Recreation. Presently, he is depicting the role of Kevin Garvey in the HBO series The Leftovers.

Justin Theroux was born to parents, Eugene Theroux and Phyllis Grissim-Theroux. His father is a lawyer and mother is a journalist by profession.

The dashing actor is currently married to gorgeous actress, Jennifer Aniston. He began dating the beautiful actress in 2011. Their love story was believed to have started after they work together on the movie Wanderlust. In August 2012 they decided to move forward in their relation and got engaged.

The lovely couple tied the knot on 5th August 2015. Till date, they have been successful in sustaining their marital relation. Previously, he was in a serious relationship for 14 years with stylist Heidi Bivens.

The eminent actor is currently busy in his movie and television work.His upcoming movie titled The Girl on the Train is going to be released on 7th October, 2016. He is also busy working as a voice actor in the upcoming 2017 3D animated movie The Lego Ninjago Movie.